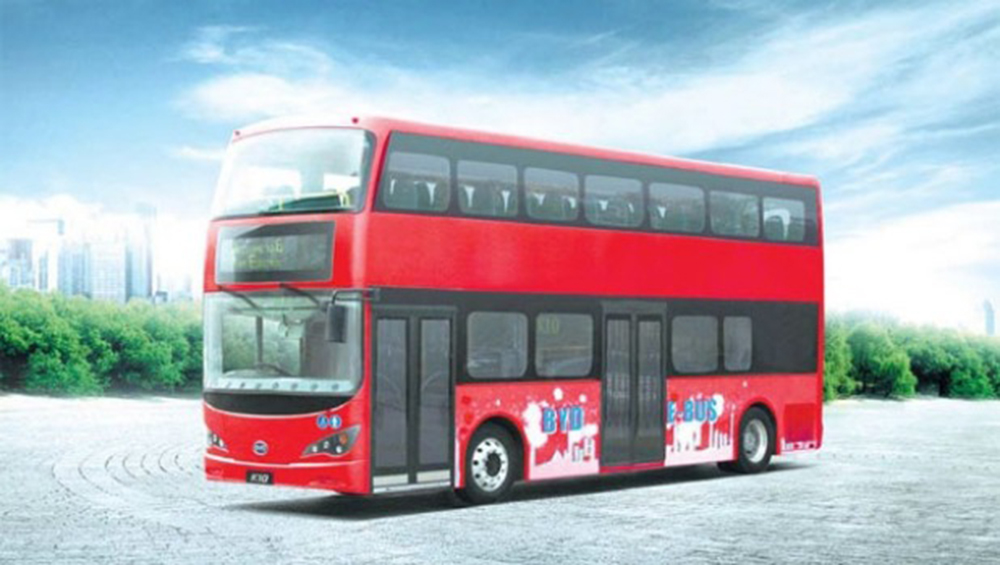 By Drive Electric21 July 2015No Comments

London’s red double-decker buses have for years dominated the capital, where nearly 1,000 routes are operated by 8,700 buses, many of them double-deckers. Although there has been a gradual move to hybrid vehicles, many are still diesel-powered.

The electric double-decker bus represents a technology breakthrough in public transportation, and gives BYD the chance to access many new markets, including Europe and Asia, according to Isbrand Ho, managing director of BYD Auto Europe.

“In the past, electric vehicle manufacturers have produced electric buses with three batteries, at the vehicle’s front, back and top, but this design would not work with the double-decker bus. BYD’s advanced technology is able to make the batteries more compact, so the battery on top of the bus is no longer required,” Ho says.

He says the inspiration to supply double-decker buses to London came about two years ago when Wang Chuanfu, chairman of BYD, met with London Mayor Boris Johnson.

“Boris Johnson said to our chairman, ‘If you can make it, I will buy it’.

“Actually, electric cars came before gasoline cars, but because of the weakness of the batteries, gasoline cars became more successful. But now is the time for electric cars to take over gasoline cars,” Ho says, explaining that the environmental benefit and the fuel cost savings of electric vehicles give them a distinct advantage.

“Until now, fully electric double-decker buses have been considered unfeasible. This is mainly due to the competing requirements for battery space and passenger capacity,” Naberezhnykh says.

He says unlike their single-decker counterparts, double-decker buses in London typically cannot accommodate batteries on the roof due to the height limits of the vehicle.

“A purely electric double-decker bus not only provides further options for the electrification of London’s bus fleet, but with growing pressure to improve air quality in cities and the impending introduction of the Ultra-Low Emission Zone in London, it provides another way of reducing emissions,” Naberezhnykh says.

“Over the next few years, we can expect to see a growing shift toward the electrification of public transport vehicles, as we seek to reduce air pollutants in urban centres and improve local air quality. Ensuring that these vehicles are able to operate the demanding duty cycles without excessive charging time requirements will be a vital factor in accelerating this shift.”

London has already introduced hybrid buses in a bid to reduce the environmental impact of public transport. 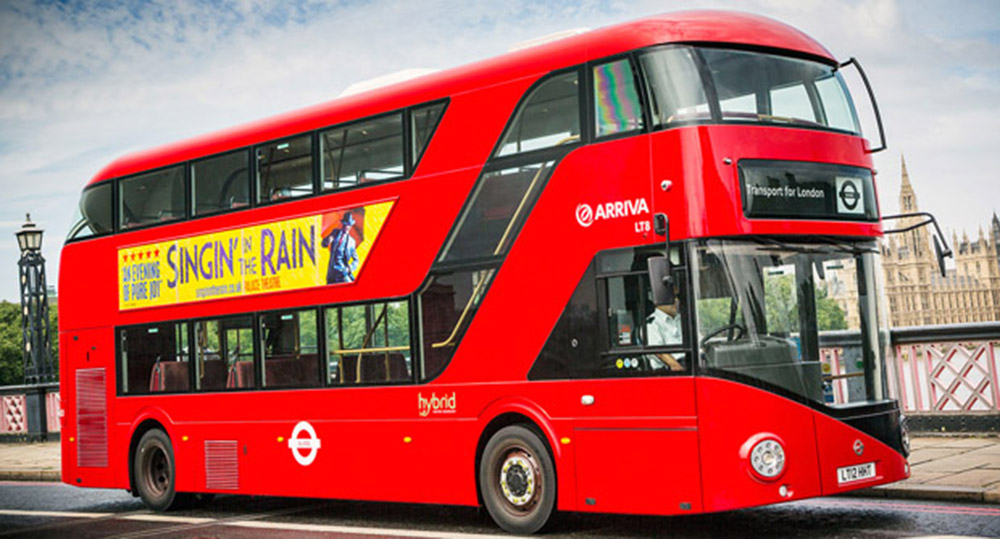 The first New Routemaster vehicles, nicknamed “Boris buses” after the mayor of London, began service on a limited number of routes in 2012, and it is planned that more than 600 of the buses will enter passenger service by 2016.

BYD chose London for the launch of the all-electric double-decker bus because of the vehicle’s iconic significance, but the same technology can be applied to many other markets, including European markets such as Germany and Asian markets such as Hong Kong, Malaysia and Singapore.

Many of these markets would require localisation of design to suit customer needs, for example, with regards to wheelchair access, but the core technology of battery, control system and electric drivetrain would all be the same, according to Ho.

The first batch of BYD double-decker buses will consist of five vehicles, all manufactured in China. Ho says BYD will explore the possibility of local manufacturing if the quantity supplied increases.

BYD won’t disclose the cost of the buses, saying that it is highly dependent on customer specifications and volume, but says the electric buses can help save about 70 percent of the costs of fuel, producing long-term savings. 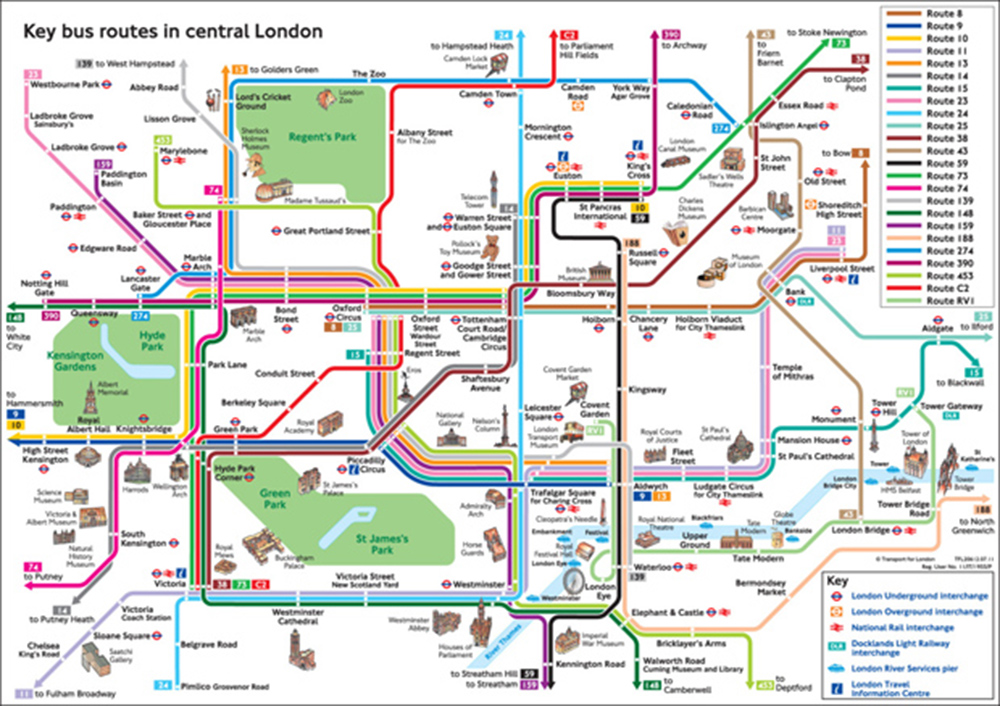 “For a bus, the largest part of the cost is actually the fuel, so over the long term electric vehicles can give a big cost saving effect,” Ho says.

The main challenge for electric buses is the lack of charging points, as is the case with other electric vehicles, because the technology is still relatively new, he says.

His team is working with Metroline, the London bus operator, to install charging infrastructure at bus depots, and is providing guidance on how to install the charging points, where to install them and what type of power requirements are needed. The company has invited Metroline engineers to China to see similar facilities.

Two years ago, BYD supplied two single-decker buses to the London bus operator Go Ahead, which are still in use. BYD also helped Go Ahead with installing the charging points.

The charging points are installed at bus depots, where the buses are parked at night, so the way the buses operate during the day is not affected. Most bus routes can be serviced for a full day on a single charge, needing only four hours to recharge during the night, using cheaper off-peak electricity, he says.

Founded in Shenzhen in 2003, BYD is a leader in electric vehicles in both its domestic and international markets.

Ho says in Europe the company hopes to focus on the commercial vehicle market first, producing buses and taxis, because these vehicles can reach a wider user base and help BYD to build up a brand in Europe.

BYD has supplied vehicles to many countries, including Sweden, the Netherlands, Denmark, Belgium, the UK and Spain. Its European headquarters is in the Netherlands.