VW looks to cutbacks and electric cars to overcome scandal 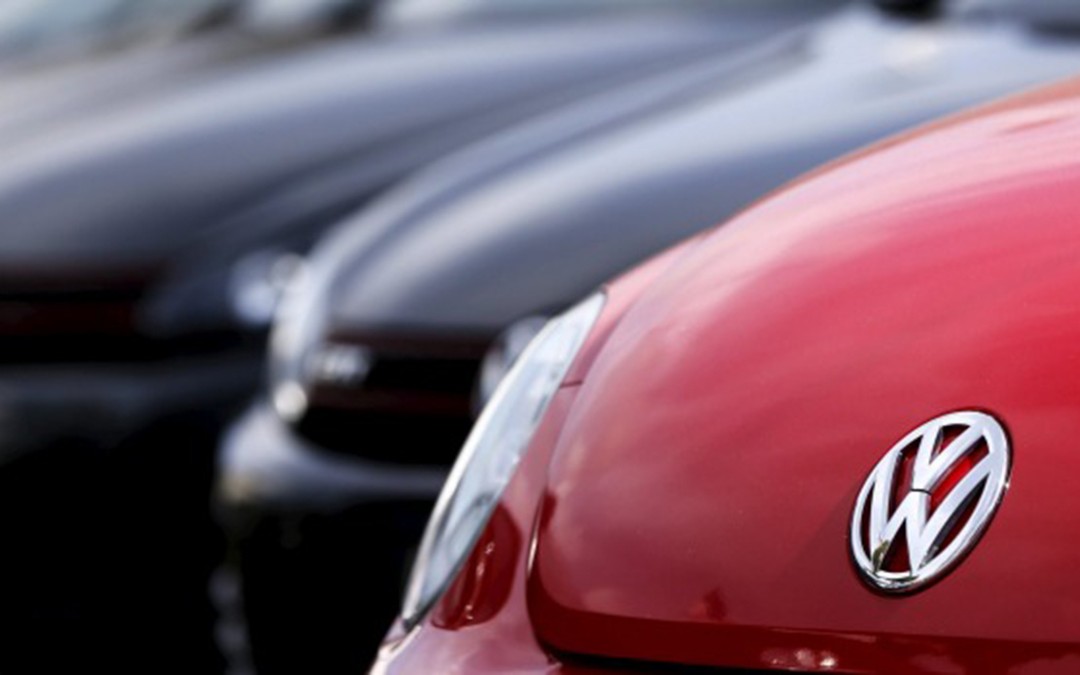 By Andreas Cremer and Jan Schwartz.

Volkswagen will cut investment plans at its biggest division by €1 billion (NZ$1.7 billion) a year and step up development of electric vehicles, it said on Tuesday, as it battles to cope with the fallout from its cheating of diesel emissions tests.

The German company also said it would speed up cost cutting at the VW division, its largest by revenues, and put only the latest and “best environmental technology” in diesel vehicles.

Europe’s largest carmaker is battling the biggest business crisis in its 78-year history after admitting last month it installed software in diesel vehicles to deceive US regulators about the true level of their toxic emissions.

The scandal has wiped about a quarter off its market value, forced out its long-time chief executive and rocked both the global car industry and the German economy.

Germany’s ZEW think tank said on Tuesday its economic sentiment index had plummeted to its lowest level in a year, in part because of the uncertainty surrounding the auto industry, which employs more than 750,000 people in the country and is a major source of export income.

Economy Minister Sigmar Gabriel said he did not think Volkswagen’s problems would do lasting damage to Europe’s largest economy, however.

Some analysts said a strategy more focused on electric vehicles and hybrids could eventually help sow the seeds of recovery for Volkswagen.

“There is a real chance for VW to even extract something positive from the diesel fiasco,” said Stefan Bratzel, head of the Center of Automotive Management think-tank near Cologne.

“Funnelling more resources into electric mobility gives them a credible future perspective to try to overcome this crisis.”

But the company has a mountain to climb.

Volkswagen sources told Reuters on Friday its namesake division would probably slump to a loss this year because it was set to shoulder the bulk of costs related to the scandal.

The company has said it may have to refit up to 11 million diesel vehicles that could contain cheat software, with around 5 million of those from the VW brand.

Some analysts have said the group could ultimately face a bill of as much as €35 billion for refitting vehicles, regulatory fines, lawsuits and other costs.

Volkswagen will cut spending on models, technology and production facilities at the VW brand by €1 billion a year through 2019 from its previous plans, a spokesman said.

He declined to say what those investment plans had been.

Last November, Volkswagen announced €85.6 billion of investments across the group between 2015 and 2019, with half earmarked for modernising and expanding the model range.

Other brands within the group, which includes Audi, Porsche, Seat and Skoda, are reviewing spending commitments, the spokesman said, without giving details.

Volkswagen said last year it planned to increase cost savings at the VW division, where profit margins lag much of the rest of the group as well as major rival Toyota, to 5 billion euros a year by 2017.

On Tuesday, the division said it would speed up those cuts and stop making the money-losing Phaeton luxury saloon, a pet project of former chairman Ferdinand Piech that has never met its original sales target of 20,000 cars a year.

The next-generation Phaeton, due to hit showrooms by about 2019-2020, will only be offered as an electric vehicle, it said.

Analysts have warned Volkswagen’s problems could cast a shadow over the entire diesel vehicle industry.

Although other carmakers do not appear to have used so-called defeat device software to cheat emissions tests, the scandal has highlighted differences between laboratory results and the on-road emissions of cars and vans often marketed to buyers as cleaner alternatives to using gasoline.

Tighter rules are being introduced that could hit the competitiveness of diesel vehicles. That would be a particular blow for manufacturers in Europe, where around a half of new car sales are diesels versus a small fraction in the United States.

Volkswagen said on Tuesday it would expand its so-called MQB modular platform – the base for virtually all of the group’s small and medium front-wheel-drive family models – to focus more strongly on long-range plug-in hybrids and electric vehicles with a range of up to 300 km.

The MQB platform uses a large number of common parts across its range of models and brands, allowing it to assemble vehicles more quickly and at lower costs.

The company has said it wants to increase MQB-based vehicle output to 7 million cars by 2018 from about 2 million last year. Volkswagen sold 10.1 million vehicles in total last year.

While MQB is capable of hosting all types of powertrains including diesel, gasoline and fully-electric vehicles, Volkswagen said on Tuesday it would also develop a new modular platform dubbed MEB for compact electric passenger cars and light commercial vehicles.

The standardized system will serve as the basis for models with an all-electric range of 250-500 km, it said.

At the Frankfurt auto show last month, Volkswagen said it would launch 20 battery-powered and plug-in hybrid vehicles by the end of the decade, including the first all-electric Porsche “Mission E” and Audi’s e-tron Quattro concept unveiled at the show.

Even after Tuesday’s cuts, Volkswagen’s investment spending dwarfs that of most major rivals, making it potentially better placed to bounce back from any hit to the diesel market.

Exane analysts estimate Volkswagen will spend €11.9 billion on development this year, 65 per cent more than Fiat, Renault and Peugeot combined.