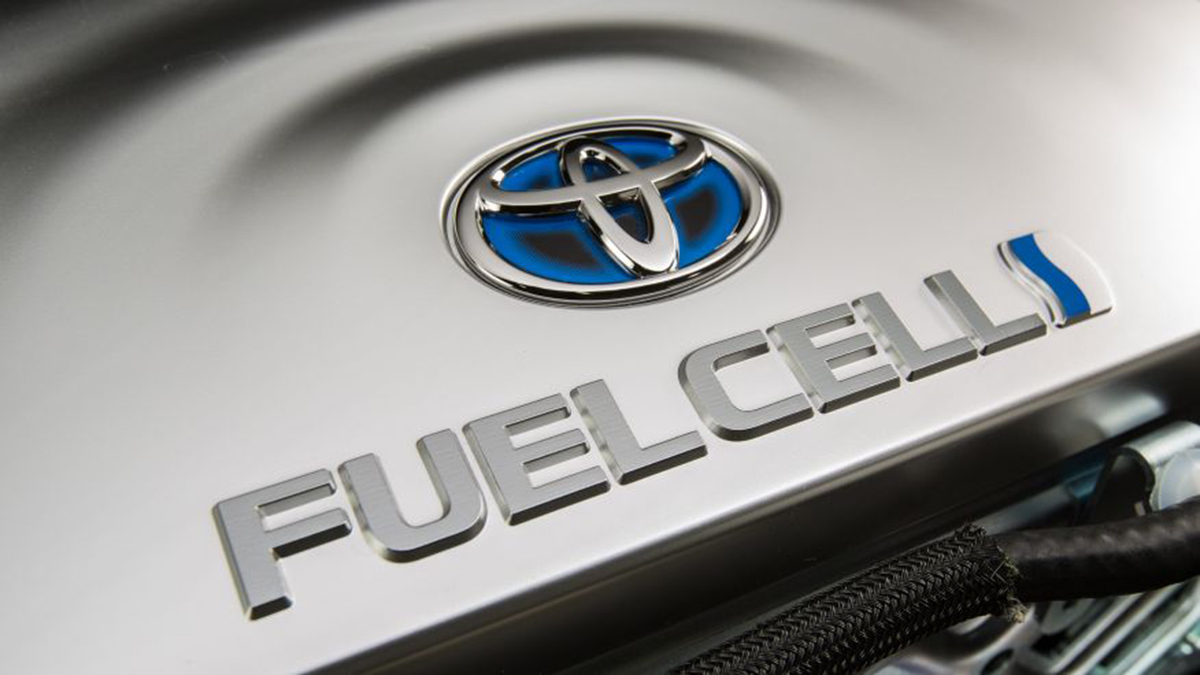 By Drive Electric16 October 2015No Comments

Toyota, known for its Prius hybrid vehicles, recently launched a car powered by hydrogen fuel cells. On Wednesday, the Japanese automaker announced its boldest move yet, saying it will phase out almost all of its conventional gasoline cars by 2050.

With the industry facing tough regulatory standards around the world, Toyota said it will aim for reducing average vehicle emissions by 90% compared to 2010 levels.

Gas-only vehicles will be limited to small markets. Plug-in electric cars are mostly absent from Toyota’s plans, putting the company on a different path than some rivals. Toyota signaled that it will rely heavily on hybrid technology and hydrogen fuel cells, which are used to generate electricity that powers the motor.

The Mirai, Toyota’s first fuel-cell vehicle, is now available for U.S. and European customers after an initial launch in Japan. In hopes of convincing other manufacturers to follow the same path, Toyota will release over 5,000 fuel-cell patents and collaborate with automakers to develop hydrogen infrastructure.

Hyundai was among the first automakers to sell a fuel-cell vehicle. The company has begun rolling out its Tucson Fuel Cell sport-utility vehicle. Honda is expected to unveil a near-production version of a hydrogen-powered sedan at an auto show in Tokyo later this month.

Building fuel-cell stations will be a crucial step as automakers seek to kick start sales, and electric car makers such as Tesla may offer a blueprint. Tesla built its own network of charging stations. Meanwhile, General Motors has a program that allows owners to use charging stations installed at dealerships.

Toyota is “the first major automaker to say, ‘This is how we’re going to do it,’” said John O’Dell, senior green car editor of Edmunds.com. “But that doesn’t mean other automakers don’t have their own plans in the works. When somebody big like Toyota announces it, I’m sure it puts pressure on everyone else.”

Toyota’s goal is to reach annual global sales of at least 30,000 fuel-cell vehicles around or after 2020. Hybrid sales are projected to hit 1.5 million units annually by the same year, bringing Toyota’s all-time total to 15 million.

The targets may be ambitious, but Toyota’s plan “is as feasible as anybody else’s,” O’Dell said.

Hybrids currently account for less than 3% of the overall U.S. auto market. Toyota hybrids may be the clear leader, but automakers have yet to see widespread adoption. So can Toyota sell its plan to consumers? Max Zanan, co-founder and CEO of dealership consulting firm IDDS Group, believes more drivers will embrace hybrids.

“If we can drive hybrids or hydrogen fuel-cell vehicles while spending less on energy, I think most consumers would welcome that with open arms,” Zanan said. “People are more accepting of using this technology. Toyota itself showed this with the Prius.”

The Prius, the best-selling hybrid worldwide, made its debut in 1997. Toyota offers a variety of Prius models, including a plug-in version, and the company took the wraps off its redesigned 2016 Prius last month.

While hybrids are not new, hydrogen fuel-cell vehicles remain relatively unknown to most consumers.

“It’s a hard sell at first,” O’Dell said, “but technology is sold by word of mouth. If Toyota and others are successful in doing this, you can bet that it will create more awareness.”

The Toyota announcement comes on the heels of Volkswagen’s diesel-emissions controversy. Volkswagen acknowledged last month that 11 million of its diesel cars are equipped with software designed to pass emissions tests. The German company subsequently cut $1 billion from its investment plan and said it would begin using costlier diesel technology.

“Toyota is committed to complying with applicable laws and regulations, and does not engage in vehicle emissions testing manipulation,” the company said in a statement released Wednesday. “Our approach continues to be the development of low emission systems that respond rapidly to ever-changing global environmental requirements.”

Toyota and Volkswagen have jostled for position at the top of the world’s largest automakers. Through the first six months of 2015, Volkswagen passed Toyota to lead all manufacturers in global sales.