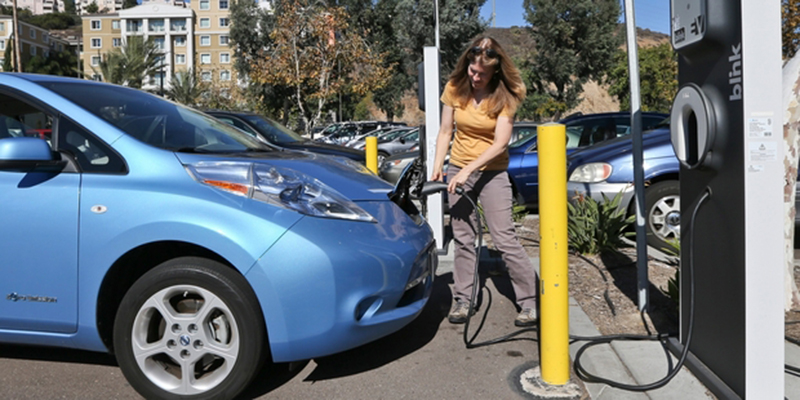 Fleets, public and private, are the key to the uptake of electric vehicles in this country, Mighty River Power chief executive Fraser Whineray says.

An evangelical fan of the technology, Whineray says New Zealand is one of the most EV-ready countries in the world, if only because of all the suburban garages with an ordinary three-pin socket.

He drives a plug-in hybrid himself.

“It has a range of about 45km on the battery and 600 to 700km on petrol. When I drive it home I just plug it in and an app on my phone will turn it on after our off-peak tariff kicks in at 11pm. It takes about five hours to charge. I come down to a ‘full tank’ of electricity every morning,” he said.

Mighty River has announced plans to convert about 70 per cent of its own fleet to all-electric vehicles or plug-in hybrids, with a bias towards the former.

“Most distances are more than coverable using EVs. We use the Nissan Leafs in our fleet to drive from Auckland to Hamilton. We have charging infrastructure in our offices and generation plants now. A wall-mounted fast charger runs about $1500 to $2000. We have just installed 60.”

Overcoming inertial thinking among the people who make decisions about car fleets, in both the public and private sectors, is crucial to unlocking the potential of the technology, Whineray believes. “They need to be realistic about what these cars need to do, and about how much of the time they are parked.”

Scepticism about the potential for electric vehicles tends to focus on three issues: the cost of the vehicles, both new and on resale; the distance they can travel between chargings, and the time it takes to recharge the batteries.

The range of EVs being produced and imported is increasing rapidly, Whineray says. “More and more product is coming in. In 2014 we finally got into a zone where there is product at a price point that is starting to make sense.”

The trade-off is between capital cost and operating cost. For fleets the latter is usually the more important consideration.

Operating costs are much lower than for a car running on petrol or diesel, with electricity costing the equivalent of less than 30c a litre, and far fewer moving parts to wear out.

In a market where consumers are accustomed to buying ex-fleet or used Japanese cars, fleet owners need to lead the way.

But in the meantime the lack of a liquid market in second-hand electric vehicles creates a chicken-and-egg problem in that fleet owners conservatively assume a very low resale value, which increases the amortisation factor when they do their sums.

“We tend to size our cars for the one week a year when we really load it up.”

That makes plug-in hybrids – electric for the great majority of trips, which are short, but with a petrol engine when range is needed – attractive as an option.

A lot of households have a second car, which does not have to be “Herculean in capacity”, Whineray says.

On the issue of recharge times the main thing people need to realise is that their cars spend most of the time stationary, in a suburban garage overnight or workplace carpark.

There will, however, be a market for faster charging.

“We are working with the Electricity Networks Association [ENA] on putting in place a renewables highway. The purpose of that is public accessibility to charging.When you do that it will take away a lot of the anxiety on the charging issue.”

The study is expected to be completed by the end of July.

“The renewables highway would potentially see a network of charging locations at key stopping points and tourism locations along State Highway 1, expanding to regional routes over time,” Peters said.

“This backbone could then encourage further charging infrastructure by other businesses including airports, retailers, supermarkets, tourist destinations and other places where people park their vehicles.”

Whineray said it was entirely aligned with the clean, green national brand for tourists to be able to drive from Cape Reinga to Bluff in electric vehicles.

The necessary network infrastructure is already there. “It is not a case of build it and they will come,” he said.

And there is already enough renewable generating capacity consented but unbuilt to cover about a 25 per cent increase in demand for electricity.

In the year ended February, even with sharply lower oil prices, New Zealand spent $7.2 billion importing crude oil and refined fuels, about half of it destined for light vehicles. It ran a trade deficit of $2.2 billion.

To the extent the nation can substitute domestic electricity for imported oil it will conserve foreign exchange and reduce the economy’s exposure to future fluctuations in oil prices and the exchange rate, Whineray argues.

“When your input costs reduce in volatility that has got to be better for the risk profile for equity holders and for the cost of capital.”

And it would make it easier to meet any post-2020 carbon emissions target the Government adopts for the forthcoming Paris climate treaty.