Victoria Carter: City needs to think outside the square 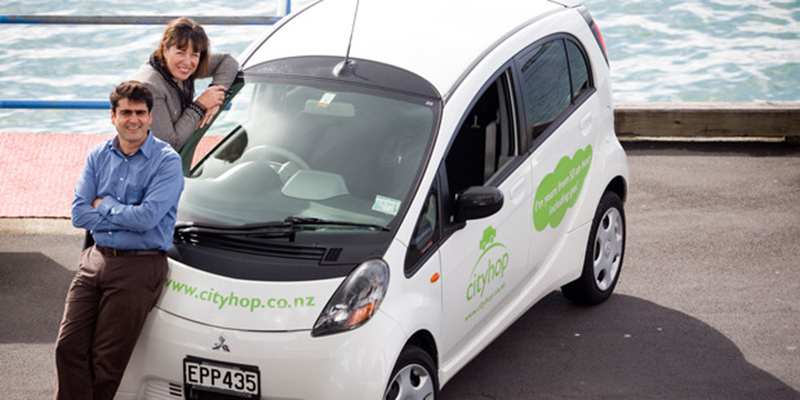 Auckland is desperately in need of some bold new ideas, and those ideas need the council’s support.

Auckland desperately needs ideas to be a more liveable and affordable city. So do we have supportive environments within local or central government for innovation or new ways of solving old problems? Do we hear enough bold ideas being proposed or does anything a bit different get knocked down, ignored or thrown out?

If Auckland does need some new ideas maybe it’s time to encourage them.

At the fascinating panel discussion Ideas and Innovation, can ideas change our world or city? at the Science in the City forum in March, Auckland innovators like Lillian Grace, Vaughan Rowsell, Victoria Crone and Dr Cather Simpson spoke about how ideas germinate, what ideas need to survive and grow. The forum was part of the new thinkScience festival in the recent Auckland Arts Festival.

Vaughan Rowsell, CEO of Vend, challenged that “the ideas we think are impossible are usually the BS reasons we make to stop us doing stuff. What we need to do is to unpack the challenge.”

Dr Cather Simpson, Associate Professor in Chemical Sciences at the University of Auckland, suggested that in general we don’t give ideas enough money, we follow too closely as if we believe they will fail and then shut them down when results don’t go to plan.

Xero managing director Victoria Crone reminded that very few New Zealand boards have an appetite for new ideas so they tend to shut down innovation before it really gets a chance. She pointed out the media likes to focus on the negative and what is failing rather than talk about some of the awesome things happening in ideas in New Zealand.

That week I had my own innovation challenges. For seven years I have been working with Jucy Group to expand Cityhop car-share. We have had two different councils and a CCO to negotiate with: 1) To try to get them to understand that people will use a car by the hour and 2) To get parking spaces like other modern cities which give residents an alternative to car ownership and help relieve traffic congestion. (Every shared car takes 15 privately owned cars off the road.)

It never occurred to me (a former city councillor) that local and central government would be so unresponsive to this kind of initiative, especially if they’re serious about reducing congestion.

The same week I listened to these innovators talk at the thinkScience forum about the need for support networks, Auckland Transport announced an international tender for carshare. Chairman Lester Levy was photographed with electric cars and talked about how he hoped Auckland might get 300 of them.

Obviously no one at AT had talked to any car-share experts (they hadn’t talked to me) about why so few electric cars are in car-share companies. Sydney has more than 1000 car share spots yet Go Get carshare has hardly any electric cars.

Sixteen years ago staff at Auckland City Council came to me with an idea. They thought Auckland was ready to re-start its arts festival. I helped them make it happen and this year we celebrated our 6th biennial festival and we are about to begin an annual cycle. It’s a wonderful example of collaboration and many people having a vision and making it happen.

How many good ideas has Auckland lost because of council’s or council organisations’ lack of enthusiasm and imagination?

Victoria Carter is chairwoman of the Auckland Arts Festival, a former city councillor, co-founder of Cityhop car-share and co-creator of the new thinkScience festival.