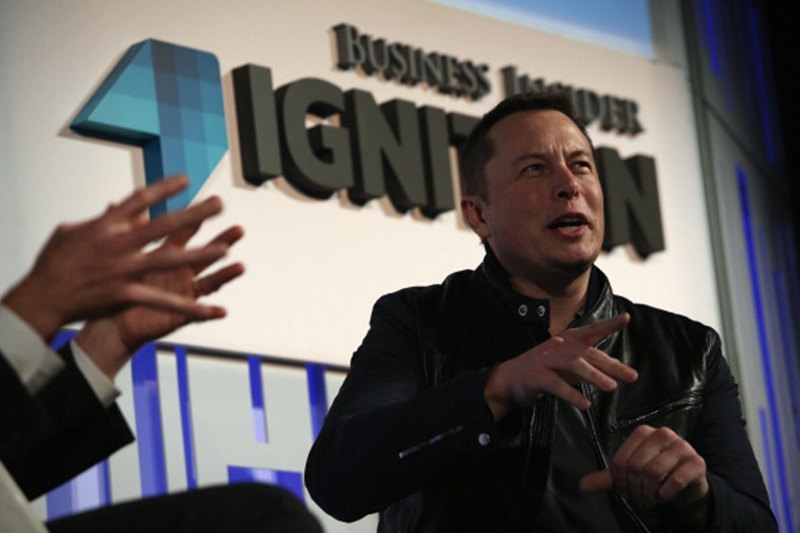 Elon Musk almost sold Tesla to Google in 2013, according to Ashlee Vance, author of a new book on Musk.

At the time, Tesla’s Model S was new, and buggy. Tesla was losing sales, and it was looking like it might go bust.

From an excerpt published on Bloomberg today:

In the first week of March 2013, Musk reached out to [Google chief Larry Page], say the two people familiar with the talks. By that point, so many customers were deferring orders that Musk had quietly shut down Tesla’s factory. Considering his straits, Musk drove a hard bargain. He proposed that Google buy Tesla outright — with a healthy premium, the company would have cost about $US6 billion at the time — and pony up another $US5 billion in capital for factory expansions. He also wanted guarantees that Google wouldn’t break up or shut down his company before it produced a third-generation electric car aimed at the mainstream auto market. He insisted that Page let him run a Google-owned Tesla for eight years, or until it began pumping out such a car. Page accepted the overall proposal and shook on the deal.

The deal never happened because Page and Musk started dickering over specifics of the deal. While they negotiated, Tesla started selling enough cars to earn a profit. Once it earned a profit, the company was stable enough to stand on its own.

Today, Tesla’s market cap is $US26 billion. If Google had bought it for $US6 billion, it would have been a steal.