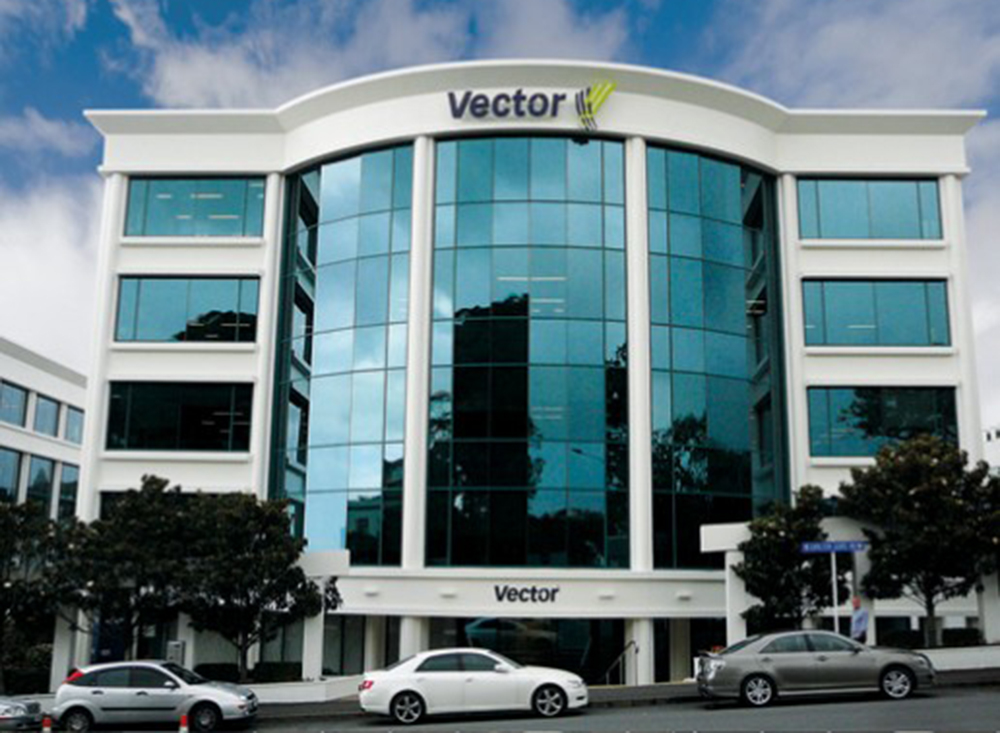 Since last week’s launch of a free public EV charger at Vector’s Carlton Gore Road offices, there has been a steady stream of electric vehicles plugging in.

From the head-turning, sleek lines of the BMW i8, to an EV SUV, all manner of cars have made use of the charging unit.

“Vector is ideally positioned to bring to life a network of charging stations in Auckland – whether at commercial premises, at home or on the street – with local electricity supply being at the heart of our business.”

Vector is currently working closely with Auckland Transport so it can install the first fixed, public charging station on Auckland’s streets.

Vector hopes to see an EV charging allocated car park outside its office in the within the next few months.

While people are waiting for their charge on us, they can have a coffee on us too – they just need to pop into reception and grab a voucher for a local café.

A spectacular storm front passed over the region on Saturday bringing heavy rain, thunder and lightning – lots of it. One of the strikes caught a pole in Mt Eden, causing a small area outage. Crews were on site quickly and attended to repairs.

Crews were called out to four house fires during the week in Massey, Mt Albert, Blockhouse Bay and Glen Innes. Power was isolated to these addresses for safety.

There were five incidents of car v poles, two of car v pillars and one car v streetlight during the week keeping Vector’s crews very busy.

A smell of gas in the Otaki area during the week was caused by the controlled purging of gas from our network. This was due to works being carried out on the pipeline by our transmission team.

Third party damage to our gas network kept crews busy during the week. Incidents were reported in Gulf Harbour, Paraparaumu, Te Awamutu, Papamoa Beach, Auckland’s CBD, Ponsonby, and in Cambridge. Our service providers attended all of these events.

Vector has installed a second transformer in Keeling Road, Henderson.

The Keeling Road substation site was developed nine years ago, with plans put in place then to accommodate a second transformer. Existing cable trenches were used this time around, and a 33kV switchboard was installed. A second building was constructed to house the new transformer, and its design closely matches that of the existing transformer building.

This second transformer will allow for potential future load on the network and provide backup for the Henderson area.