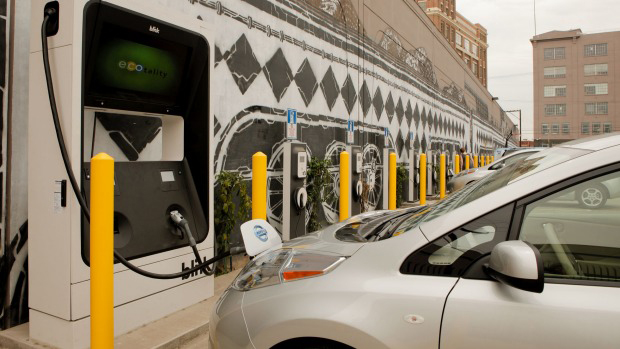 Electric Vehicles | We had EVs in the 1920s, why aren’t ready for them now?

When the Minister of Transport recently uttered that New Zealand was “the most EV-ready country” recently, one wonders what kind of research was involved in making that statement.

The fact that other countries have had supportive attitudes, subsidies and infrastructures in place for a decade already, and a lot longer than that in parts of France, seems to have escaped him. Also, the fact that Christchurch was operating 200 electric trucks in the city almost 100 years ago may have slipped through to the keeper. But more about that later. We’re not that ready at all, which means that VW’s method of marketing its e-Golf for instance wouldn’t work at all in New Zealand.

What I like about the e-Golf is that it looks, drives and feels like a conventional car, one that has been voted World, European, New Zealand, North American and this magazine’s Car of the Year. The EV version by dint of its flexibility, cleanliness and kindness to the environment would have to be even better, wouldn’t it? I have to admit that if New Zealand was really ready for it, I’d probably retire into one. Of course, it’s not available here, yet, as we really are not ready for it, mentally or fiscally. In the UK VW has resisted the temptation to offer special sales incentives of its own with the all-electric Golf and instead will sell it like any other car. The reason it is not discounting is that, as with the US and parts of the EU, the Government provides its own grant or rebate.

While in Europe recently, I noted that there’s a battery-hire scheme offered by Renault for its electric models, while BMW’s i range uses a system of credits, giving owners access to combustion-engined cars for longer trips. Both BMW and Renault get the same grants as VW, however. First deliveries of the e-Golf began in the second half of 2014 allowing private buyers to get it for NZ$52,500 after the UK’s NZ$10,1505 low-CO2 grant, or for NZ$465 a month.

There are special lease plans for business users. “Customers are more likely to be fleets, as with the rest of the Golf range, but sales will probably be in the hundreds rather than the thousands,” VW says.

“All we are saying is that it will be bigger than the e-up! [the battery-powered version of VW’s smallest car which also went on sale in Britain last year] and we estimated annual volumes of 250 for that.”

VW claims that the e-Golf is arriving at just the right time, with a steady increase in the number of public fast-charge points, something that’s barely visible in New Zealand, if you can find them at all.

‘It’s coming in as the infrastructure is starting to take shape. Fast chargers are the crucial thing,’ VW also notes. The e-Golf can be charged to 80 per cent of capacity in just 30 minutes from a fast charger, or to full capacity in eight hours. With a standard domestic plug, a full charge takes 13 hours. The batteries are covered by an eight-year or 160,000km warranty, which makes it easier on the wallet than most combustion engines. VW has a link with British Gas (a general energy company) to provide a free home charger, including installation, and also has a deal with Ecotricity to offer its EV customers low-cost carbon-free electricity at home. What a pity that it’s not available here.

However, with Nissan Leafs diverted from overseas costing less than $40,000 and my own 2014 Car of the Year, the BMW i3 also available – offering equivalent cabin space and performance for about the same price as the 3-series, there are E-cars that we can opt for and that do appear to fulfill the EV dream.

It’s sobering however to know that $15,000 or more could be yours if you lived in some parts of the world and opted for one of them. There is good news in New Zealand which may help those keen to try electric power. The Electricity Networks Association (ENA) has announced a nation-wide initiative to install electric charging stations across New Zealand. Not the Government, you notice.

But that’s it. We haven’t an economy that can afford the $10,000 to $15,000 subsidies for EVs and Plug-In hybrids to be found elsewhere in the world. Surely a road tax or road-user system based on a vehicle’s economy, weight and/or emission levels could be set-up, so that people get in to the mind-set of seeing small, clean cars and EVs as desirable. Then, to use the VW analogy again, when shopping for a Golf, the e-Golf would enter the equation more readily, either as a cheaper-to-run alternative to the petrol or diesel versions, or one with further economic benefits to make up for the larger price sticker.

I know of several friends who might just consider a $52,500 EV, but none who’d spend $65,000 plus for the same car. This is illustrated by the reaction to the new sub-$40,000 pricing of the excellent Nissan Leaf, whose previous sticker seemed too difficult to justify or respond positively to. While we have to disagree with the Transport Minister about New Zealand’s EV readiness, it looks like things are starting to look up and perhaps might allow us to catch up with the really ready electric car nations who have a massive head-start on us.

Sadly, with a road fleet that ages by the year and is now averaging close to 15 years, there’s effectively a zero attrition rate on old cars. Thus, if we expect the great unwashed to gradually move into a meaningful number of EVs through a natural trading process as the Japanese gradually shrug off old EVs for newer ones, and their cast-offs are shipped to dear old Kiwiland – because that’s where most of us get our newer cars – it’s going to take an awful long time.

The irony of it all is that we were more ready for EVs just after the First World War. In Christchurch, the Chicago-built Walker half-ton electric truck was a common sight in and around the city. With a range that has been described by various sources as 50km or ‘up to 65km’ and a top speed of around 20kmh, the Walker fleet in Christchurch at one time numbered up to 200 units and one exists to this day, appropriately in the care of Orion, the MED in current form – no pun intended.

As with many modern electric vehicles, the Walker trucks’ batteries – mounted amidships – were charged overnight at the council’s MED garage on Manchester Street. A story from the Christchurch Star adds that the council was ever innovative in those days, with the premises also generating electricity from burning the city’s rubbish. This goes to prove that there’s nothing new under the sun, and also that we should be doing a lot better as a self-professed green nation in the use and deployment of electric vehicles.

There were plans in Christchurch in the immediate pre-earthquake years to install charging for EVs throughout the city. It would be theoretically easier to do it now, with fewer physical and planning obstacles, but it all seems to have petered out.