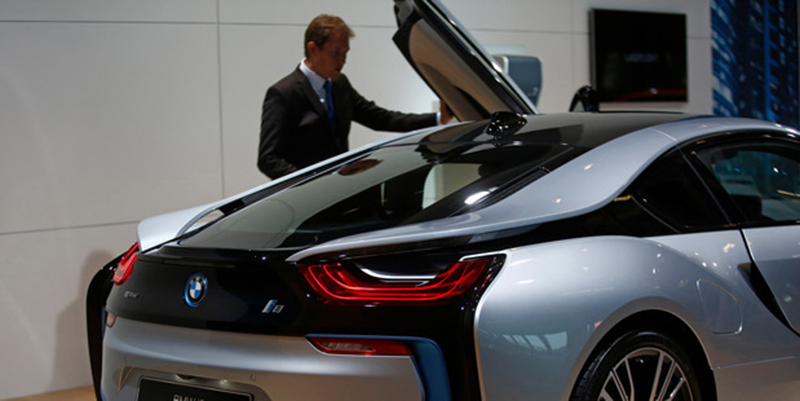 The Insider: Switch-on time for Minister

Energy and Resources Minister Simon Bridges has been talking the talk about electric cars and how they might not only help the environment, but also use all that renewable energy New Zealand has. One way to increase the supply of new-tech cars is for corporate fleets to buy them, then flick them on a few years later. And who is the biggest car owner in the country? The Government, with its vast array of departments, agencies and boards. Luckily for Bridges, the current Government procurement contract for cars and light commercial vehicles expires at the end of next month. It would seem the perfect opportunity to push for electric or hybrid cars. However, the paperwork and the talks between agencies and car sellers reveal little interest in electric cars. Ministers will get a chance to show leadership when their limousine fleet is next renewed. Perhaps Bridges will come back with a few electric BMWs after visiting the factory during his trip to Germany this week.

Off the air
The latest round of US State Department cables released by WikiLeaks covers 1978.

One notes, with some resignation, “We Have Been Temporarily Disconnected” after the US Navy’s antenna tower in Christchurch was vandalised, causing damage that cost $44,000 to repair. “Presumably, the antenna damage was done to protest the January 16-22 Auckland visit of the nuclear submarine USS Pintado. The tower was previously felled in August, 1976, just before the visit of the nuclear cruiser USS Truxton.” The cable notes that the New Zealand Government replaced the previous tower. “The embassy has been instructed to accept a similar offer from the GNZ, if made, but not to ask for GNZ replacement at this time.” The cables show reports to the US Government, while not exactly dismissive of the growing anti-nuclear movement, saw it more as an inconvenience than a threat to relations.

Different path
Andrew Kibblewhite (above) rose through Treasury’s ranks before eventually heading the Department of Prime Minister and Cabinet, making him one of the most influential policy advisers in the country. Speaking to a small group of policy analysts this week, Kibblewhite shared his beginnings in the public service. As a newly graduated botany major, he had the choice of two years in an Australian Antarctic base studying polar algae, or joining the Treasury as part of its recruiting drive to have about a third of its intake as “nonrelevants”. Kibblewhite said that classification was hardly motivating, but it proved to be a lifefeline. On day one he was dumped into a job he knew nothing about – providing Treasury’s comments on a discussion document on food irradiation. “I had no idea where to start, the process of policy was a complete mystery to me. I remember wondering whether I had made a huge mistake.” As he says, the jury is still out.

Party’s over
It seems an era has come to an end, with the Electoral Commission this week announcing that it was deregistering the Alliance, at the party’s request. The Alliance stormed into power in 1999, when it went into coalition with Labour and leader Jim Anderton became deputy PM. How long ago it seems.

Un-Royal stars
There has been a steady flow of foreign VIPs to New Zealand this year – though none with the pulling power of Prince Harry. Two this week were Slovakia’s Deputy Prime Minister Miroslav Lajcak (who is picked by some as the next UN Secretary-General) and Hu Chunhua. Hu (above) may not be a household name, but he is the top official in Guangdong province and was the youngest-ever provincial governor when he became Hebei province leader in 2008. A protege of China’s long-time leader Hu Jintao, the younger Hu is regarded as a rising star of Chinese politics.

Speaking out
MPs say the strangest things when the House is under urgency, sitting from 9am to midnight. National’s Ian McKelvie got the most attention, for his musings about the similarities between people trafficking and sheep rustling. But there were plenty of other eccentric speeches – from speculation that the Governor General might be thinking of copying the King of Belgium and refusing to give his assent to legislation, to one MP confessing that his wife got caught bringing an apple into New Zealand and was hit with a $400 fine.