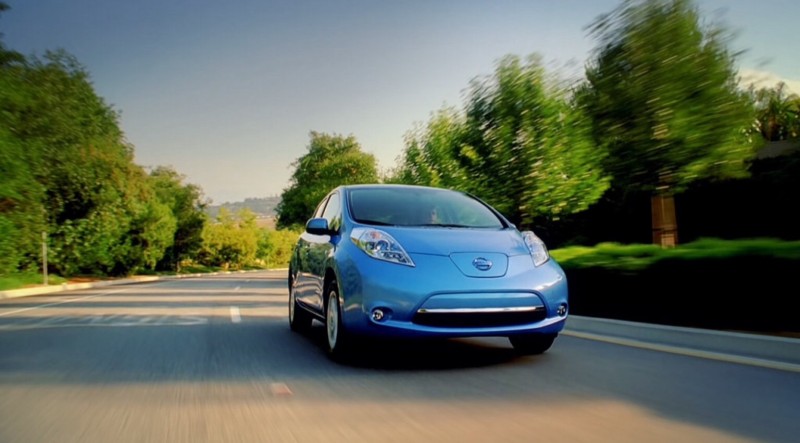 ‘It’s time to join the revolution.’ That was the message delivered by leading investment bank UBS in a note to clients last August that predicted investment in electric vehicles (EVs) – plus rooftop solar, plus battery storage – would be as low as six-to-eight years by 2020, triggering a massive revolution in the energy industry.

This week, the message has been repeated, but this time by the CEO of America’s ChargePoint – developer of the world’s largest electric vehicle charging network. And he says world-leading Australian-made technology will have a key role to play.

ChargePoint chief Pasquale (Pat) Romano is in Australia to participate in a panel discussion about disruptive innovation at the YPO Global EDGE conference in Melbourne on Friday. But he is also in town to announce a huge deal between his California-based business and the Brisbane-based EV infrastructure company, Tritium.

The deal will see Tritium supply ChargePoint – which already has a network of more than 21,000 EV chargers around the US – exclusively with its award-winning Veefil DC fast charging stations, to be installed throughout the States.

The Australian-made stations will be installed on major routes across the country, including the express charging corridors on both the east and west coasts of the US that are being built as part of a recent deal between ChargePoint, Volkswagen and BMW.

The 50kW Veefil stations – which in the US will be called DC Fast stations and will be ChargePoint branded – are able to deliver up to 80 miles or 128 kilometers of charge in just 20 minutes, thus removing one of the key barriers to EV uptake: range anxiety.

‘These stations can be used by any EV charging equipped with fast charging and will be installed in convenient locations where drivers need them most,’ said Romano in statement about the Tritium deal,’ Romano said.

‘With access to fast charging stations along major routes, drivers can depend on an EV as their only vehicle.’

Romano, who describes Tritium’s fast-charging technology as ‘by far and away the best product out there,’ told RenewEconomy last Wednesday that he believed the ‘bulk of the world’ will have made the switch to electric vehicles within the next 10 years, mostly because it will just make sense: both economically and environmentally.

‘It’s a world engineering effort that’s going on,’ he said in a telephone interview with RenewEconomy and Tritium CEO David Finn.

‘The solar/renewables problem drives battery development – as good scale storage – which is a huge driver of falling battery costs.’

And of course, the arrival of cost effective batteries removes that other great barrier to EV uptake: cost.

‘We’re not waiting for a breakthrough here. That’s what’s exciting – you can see it,’ Romano said. ‘You’re going to see a very, very cost-effective (electric vehicle) market in the next few years.’

It’s like UBS said: ‘As a virtuous circle, lower battery cost will also spur EV sales, which should bring further economies of scale to batteries, also for stationary applications. Power is no longer something that is exclusively produced by huge, centralised units owned by large utilities.’

For Tritium CEO David Finn, the deal with ChargePoint is a major win: an entree into an advanced and dynamic EV market that is probably even a bit ahead of the EU, where the company recently won supply contracts across three separate countries.

In Australia, Tritium is in the process of building a fast-charge network running down Queensland’s coast – to this end, it installed its first public Veefil station at a BMW dealership in Brisbane’s Fortitude Valley in February.

But progress has been comparatively slow in Australia, to match its rate of EV uptake – a problem Finn attributes as much to the limited range of vehicle choice, as to more traditional barriers like range anxiety and cost.

In turn, Finn attributes Australia’s limited EV choices to the lack of incentives provided by federal and state governments.

More than for consumers, he says, Australia’s lack of government support for EVs has had a particularly negative impact on vehicle manufacturers, who are reluctant to release electric models to a market that is getting no policy stimuli.

Romano agrees, having seen the positive impact of EV incentives in his home state of California, which is currently home to more than half of America’s plug-in cars.

He himself is the owner of two EVs, as well as a 16.8kW solar array on the roof of his home.

‘The US doesn’t act like one consistent country. There are massive differences in EV purchasing from state to state,’ Romano said.

‘You’re trying to match the economics of a very, very mature gasoline powered industry and you need some help. It’s really not that much relative to gas cars.’

In the meantime, the technologies – and the companies behind them – are just getting on with it.

‘ChargePoint approached us because it was attracted by both the design and unique technology of the Veefil, plus the fact that it is extremely simple for the EV owner to use,’ said Finn.

‘We were looking for a strong partner in the US which had excellent distribution and an established network throughout the country.

‘I’m excited by the rate and high volume at which ChargePoint will be able to deploy our product into this market and its commitment to establishing a major network of DC fast chargers.’

Finn says he is also excited by the way battery technology, vehicle technology and the charging technology are becoming aligned.

‘Particularly the range of vehicle offerings,’ he adds. ‘Once you see that progression of vehicles, you’ll being to see Australia’s (EV) market open up.’

Romano agrees: ‘Over the next few years you’re gonna see a renaissance in Australia,’ he told RenewEconomy.

‘The benefit of being slightly later to the market, Australia will be a generation or two ahead on the battery evolution curve.’

But like Finn, it’s the technological revolution currently transforming the automotive sector that most excites Romano.