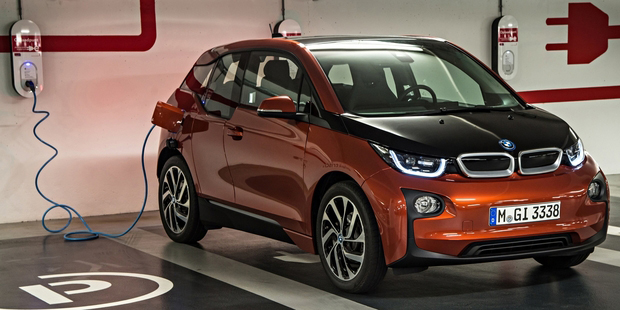 By Drive Electric4 June 2015No Comments

Transport Minister enthusiastic about EVs but big subsidies or tax breaks off the table.

The Government wants to speed up the slow uptake of electric vehicles but won’t be offering any large financial incentives.

While in some other countries the adoption of plug-in cars has been rapid – with about 750,000 now on roads around the world – as of last Friday there had been 583 of the cars sold in this country of a light vehicle fleet of 2.6 million.

Norway has the highest percentage of its fleet electric, at 14 per cent, and ministers at an international meeting in Germany last week vowed to cut transport emissions which make up about a quarter of greenhouse gases. New Zealand power firms including Mighty River Power and Vector are embracing the technology and lobby groups and one seller have urged the Government to look at financial incentives.

Transport Minister Simon Bridges is enthusiastic about electric vehicles (EVs) and his other portfolio responsibilities span energy and climate change. He met electric vehicle manufacturers in Germany while at the International Transport Forum last week and visited the BMW plug-in car assembly line at Leipzig.

“There’s hardly a minister here that didn’t take the view that over time they are the future.”

However, New Zealand’s small market meant there was a limited range of vehicles available – eight.

Prices range from under $20,000 for a second-hand Nissan Leaf to $278,000 for a top-of-the-line BMW sports model. “New Zealand is a small market and it’s difficult to get manufacturers to supply their EVs in the first place,” said Bridges.

“In a preliminary way I’m talking to the manufacturers to see what we can do around the margins to bring their cars.”

The Ministry of Transport is working on a package to encourage faster uptake but this is unlikely to involve financial incentives.

“It will be relatively modest, it’s not going to involve big subsidies or tax breaks. If we were to throw a whole lot of taxpayer money at this it would increase the attractiveness but I don’t think that would be a prudent use of public money.”

Bridges said a network of charging stations was already being built by the private sector but there was a possibility the Government could help with infrastructure.

He said there was disinformation about the range of vehicles – which can now stretch over 300km – and an education campaign is likely to be part of the package.

In New Zealand BMW Group New Zealand product and market planner Paul Sherley said his firm has sold 20 i3 plug-in cars for $83,500 in the first four months of the year, mostly in Auckland.

BMW doesn’t expect a rapid uptake of the vehicles but Sherley said ways to speed that up would be dropping GST on them, and parking and toll road discounts.

Grant Bradley travelled to Leipzig courtesy of the ITF.