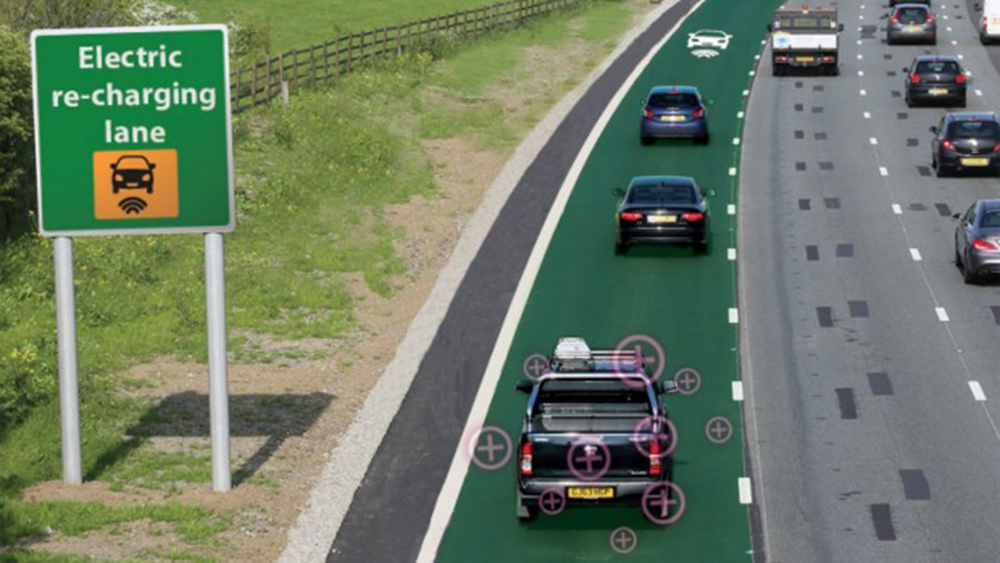 Electric cars could be recharged as they are driven

By Drive Electric6 August 2015No Comments

The New Zealand Transport Agency has been criticised for splurging billions of dollars on new roads without working out how to prepare them for use by electric vehicles.

There is growing interest among roading authorities overseas in building dynamic wireless charging systems into roads. These can recharge the batteries of electric vehicles as they travel above, reducing the risk of electric cars running out of power during long journeys.

But the New Zealand Transport Agency (NZTA) said it had not considered the implications of the possible increased use of electric vehicles on its new “roads of national significance”.

Highways England has awarded Berkshire-based company TRL a £200,000 (NZ$465,000) contract to evaluate the feasibility of dynamic wireless charging and expects to carry out a field trial on a section of motorway within the coming year.

The British government’s goal is that “almost every car and van” should be an ULEV by 2050.

Highways England said Britain aimed to be at the global forefront of ULEV technology development to “allow for mass-adoption in the decades ahead”.

In response to an Official Information Act request for information on what NZTA was doing to prepare for electric vehicles on its new roads, the agency pointed to an eight-year-old Transport Ministry document that described New Zealand as a “technology taker”.

NZTA said it tended to use tried and proven technologies. The Transport Ministry said New Zealand would probably follow “fast-adopting regions” such as London, Tokyo and California so there would be no need to reinvent the wheel.

Green Party energy spokesman Gareth Hughes said a lot had changed since 2007 and NZTA should be looking into dynamic wireless charging.

In the meantime, there were practical steps it could be taking to encourage electric vehicles, such as investing in a nationwide fast-charging network that could recharge cars when stationary, he said.

“We could have developed a network of fast-charging stations across the state highway network for $10 million but there has been almost no leadership shown by the Government.

“Electric cars are a positive solution for New Zealand, which imports $8b of oil annually,” he said.

There are 695 electric vehicles registered in New Zealand and 74 public charging stations, according to industry body Drive Electric. Available models include the Nissan Leaf which has a range of up to 170 kilometres when fully charged and a recommended price of $39,990.

Highways England spelt out in a document last year what it thought “success would look like” for Britain.

Looking ahead to a future electric road transport Nirvana, it said dynamic wireless charging lanes would be installed in roads when they were replaced or resurfaced, along with wireless and fibre-optic connected sensors that would provide “instant real-time data on vehicle movements”.

Car owners would be confident their electric vehicles would not run of power on long journeys, greenhouse gas emissions would fall, and drivers would be automatically billed over the internet for the power their vehicles consumed, it said.

Highways England also hypothesised that it could reduce road accidents by denying vehicles access to wireless charging if they were travelling over a 60km speed limit.

Naberezhnykh said dynamic wireless charging systems had been used to power buses on stretches of road in South Korea, though he described these as trials.

While it was probably too soon to be “future-proofing” new roads, some road construction techniques risked ruling out the option of installing dynamic wireless charging, he said.

“One thing that seems clear at the moment is that roads that utilise iron in their construction, such as iron dowel bars or reinforcements in concrete roads, are unlikely to be compatible with dynamic wireless power transfer (DWPT).”

NZTA spokesman Andy Knackstedt said neither technique had been used in New Zealand since the 1960s, though they weren’t outlawed.

“The emphasis now is on understanding how DWPT roads could be standardised and constructed in an economically viable way, Naberezhnykh said. “Once this is known then preparations and future-proofing can begin.”

Naberezhnykh said wireless charging would be more commercially viable on roads that carried a lot of a traffic, but the environmental benefits would be maximised in countries that were able to generate a high proportion of electricity from renewable sources, as does New Zealand.

The technology was unlikely to completely do away with the need to charge electric vehicles when stationary, though it could become the main way of powering some vehicles, he said.

It would be important systems were designed to meet recommendations for human exposure to electromagnetic fields, he said.