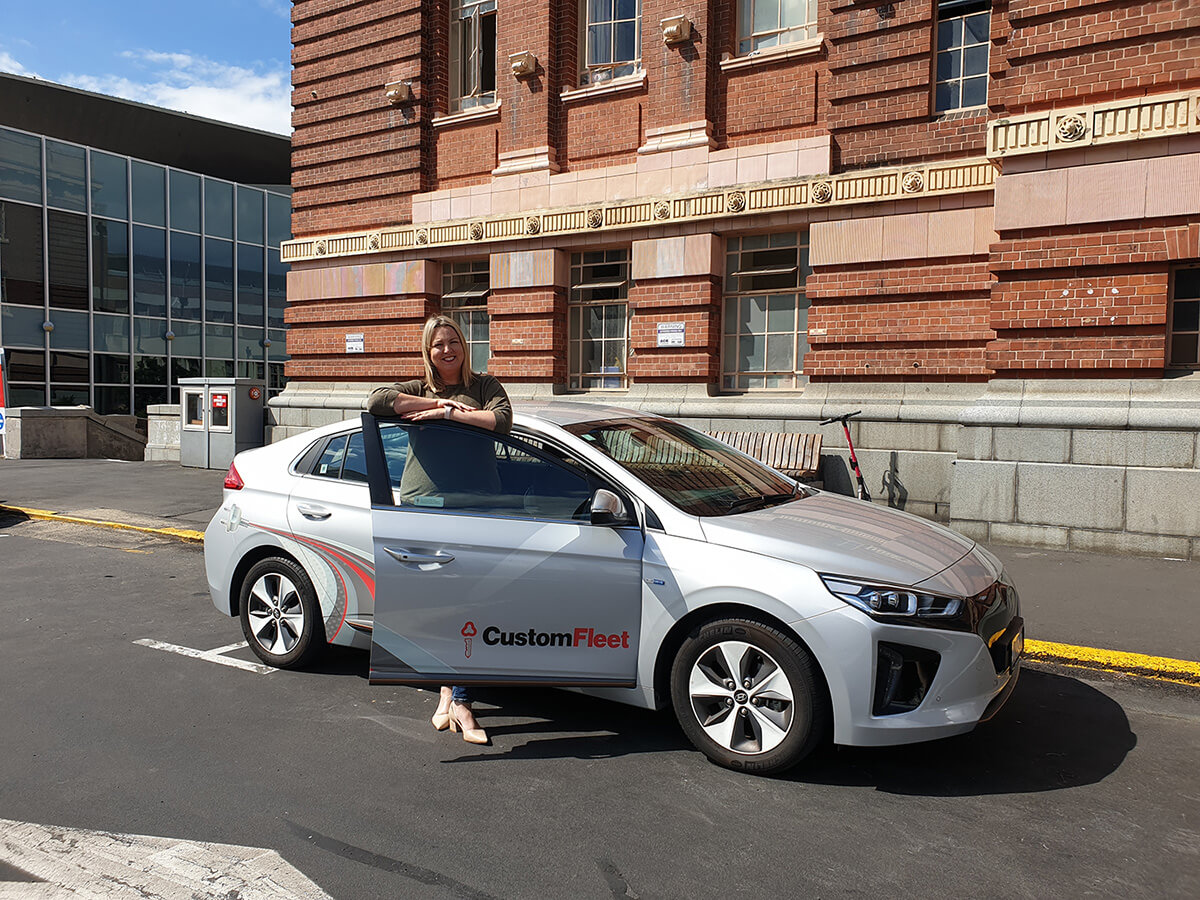 By Drive Electric16 March 2020No Comments

‘Making the Move: How Some of New Zealand’s Leading Organisations Have Gone Electric’ was released today at the EVs and Beyond Conference, Waiheke Island, Auckland.

“Once a company has transitioned their fleet to electric, they never want to go back!” So says Drive Electric board member and NZ country leader at Custom Fleet, Michelle Herlihy.

Custom Fleet has been helping all kinds of companies make the transition – from NZX listed companies, down to SMEs – and Herlihy says that while there are definitely some serious considerations to be made, the feedback is unanimous.

“As much opposition as you might have upfront, every employee seems to be delighted by the fact that they’re now driving an electric vehicle (an EV) and when we ask those employees for their feedback, I don’t think we’ve found one that would go back to driving a petrol powered car after having had an EV,” she said.

This feedback is reflected in a White Paper titled Making the Move: How Some of New Zealand’s Leading Organisations Have Gone Electric, released today at the EVs and Beyond Conference on Waiheke Island.

Brought together by Drive Electric and sponsored by Custom Fleet, The Warehouse, Auckland Council and Westpac, the White Paper provides practical insights into how organisations can successfully optimise their fleets and transition to EVs.

The White Paper digs deep into the actual journeys of companies trailblazing EV fleet adoption and states the facts, warts and all, for other businesses to consider.

And despite inconclusive action by New Zealand politicians, businesses are showing they’re prepared to take the big steps required to get an EV fleet up and running.

Key issues covered in the White Paper include:

Herlihy is delighted by the frank and unabashed response from companies including Westpac, Meridian Energy, The Warehouse and others who shared details and anecdotes from their EV journey.

And while upfront costs and an imbalance in Fringe Benefit Tax and are listed as key considerations, overall the White Paper reflects that if businesses want to electrify their fleet, the journey can be rewarding for all.

“It’s critical to have executive support for the transition and in every single case study in the White Paper, you see that there is real leadership from the top,” says Herlihy.

“Most of those businesses have run this as a change management project and I think that’s critically important, because it’s all about changing people’s minds. There are new ways of thinking about a vehicle, so the more information you provide to employees, the better the successful rollout of the project,” she said.

Herlihy says people still tend to be quite emotive about the type of vehicle they drive but what she’s found is that she can debunk a lot of myths with actual data.

“We hear stories of employees saying, ‘I can’t drive an electric vehicle because I drive a thousand kilometres a week’, but actually what we’re finding through analysis of actual driving data that those employees are often driving less kilometres.

“Using real data actually helps employees with range anxiety and that goes hand in hand with looking at their charging solution as well.”

Charging is a significant topic covered in the White Paper and it’s not without some complications.

“We have seen a mix of businesses choosing to invest in their own infrastructure and that can involve more steps when you’re dealing with a building that you don’t own… But so far, we haven’t seen any landlord push back on investing in infrastructure within buildings.

“Property owners are now starting to see that having that infrastructure will attract tenants and businesses to their properties – although it’s critical to do load management analysis on the amount of electricity the building can take and what impacts the chargers have on that load management,” she adds.

Herlihy says that the lack of Government action does not reflect the growing desire of businesses to be part of the EV revolution.

“In 95% of customer meetings that I attend now, electric vehicles are on the agenda. I think people are feeling more comfortable around the vehicles. Range anxiety is starting to disappear. In most cases, the upfront cost is simply the biggest issue.

“Until we get parity on the price between an Internal Combustion Engine (ICE) vehicle and an EV, it’s still going to be a significant barrier for them. The proposed Government feebate scheme has obviously been shelved, but we’ve been really lobbying for some time now for the Government to provide an FBT break for businesses – because there’s really no difference between an ICE and an EV other than the price. And there’s no additional benefit for the driver of an EV that justifies a higher FBT cost.

“We definitely think there needs to be government incentive for a couple of reasons: one is to make the vehicle more affordable. Two, we need to signal to global manufacturers that New Zealand is supporting the evolution of the EV, because it’s one of the very few right-hand-drive countries and we need to attract the stock to New Zealand.

“The third thing is we’ve made a public international commitment around the number of electric vehicles that we will have on the road, and in order to get to that number, we need to incentivise people to buy the vehicles,” Herlihy said.