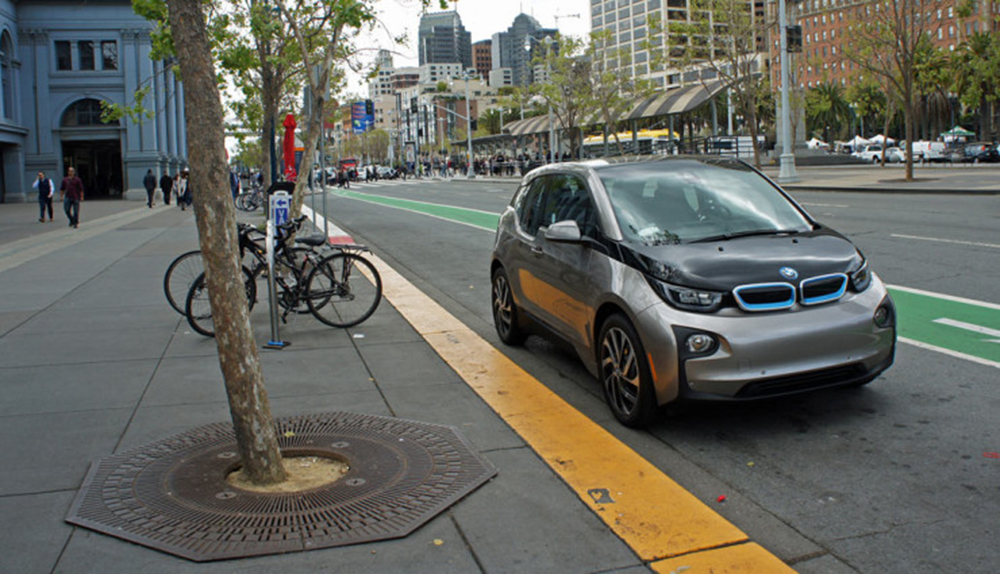 By Drive Electric29 September 2015No Comments

“Measuring fuel economy is among our more than 50 tests we conduct on each car we purchase. Our fuel economy numbers are derived from a precision flow meter and are rounded to the nearest mile per gallon (mpg). CR’s overall mileage is calculated from equal portions of city and highway driving.”

The BMW i3 Giga tops the current list of 20 most fuel efficient cars with an overall average of 139 MPGe. Check out this list for the rest of CR’s top 20. 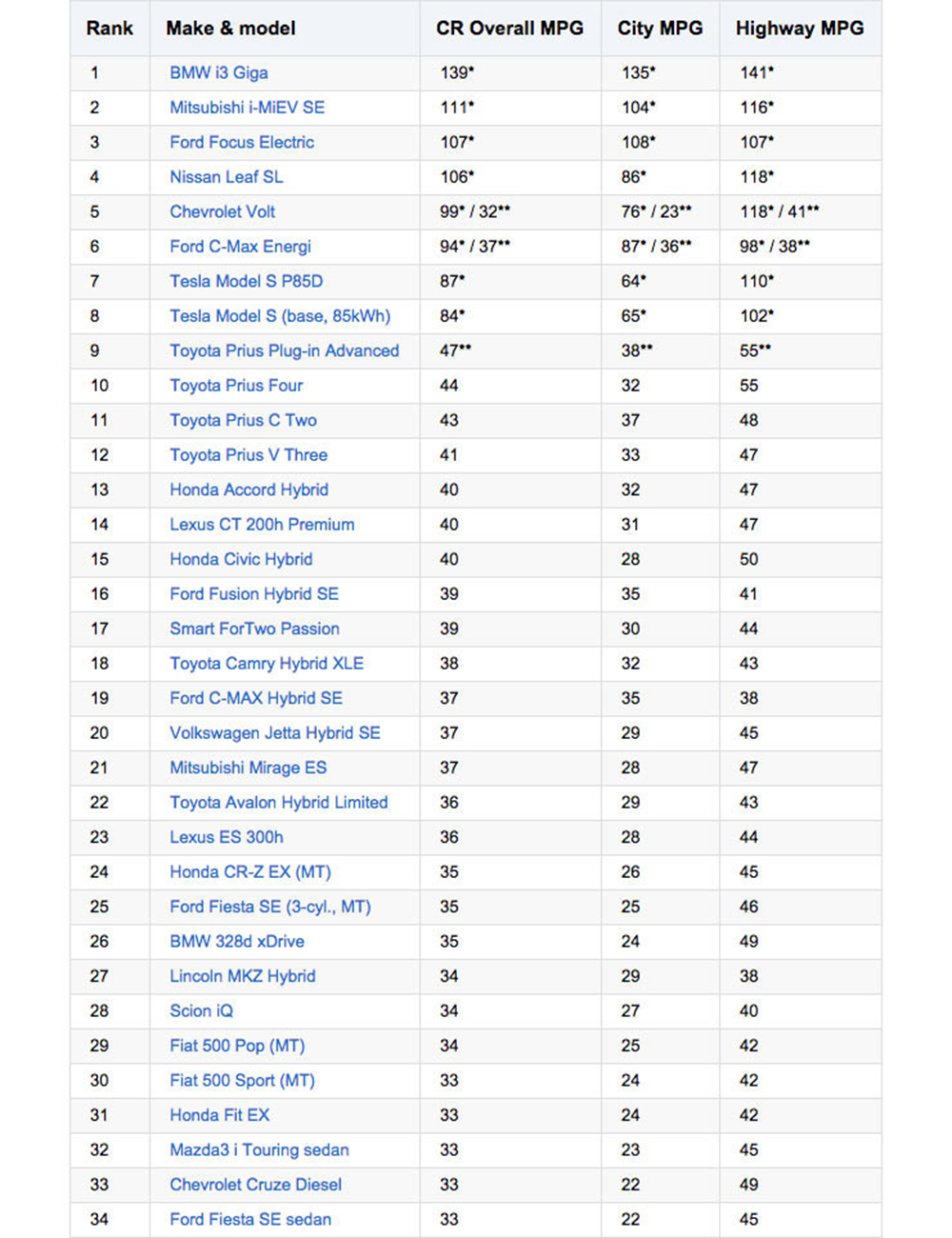