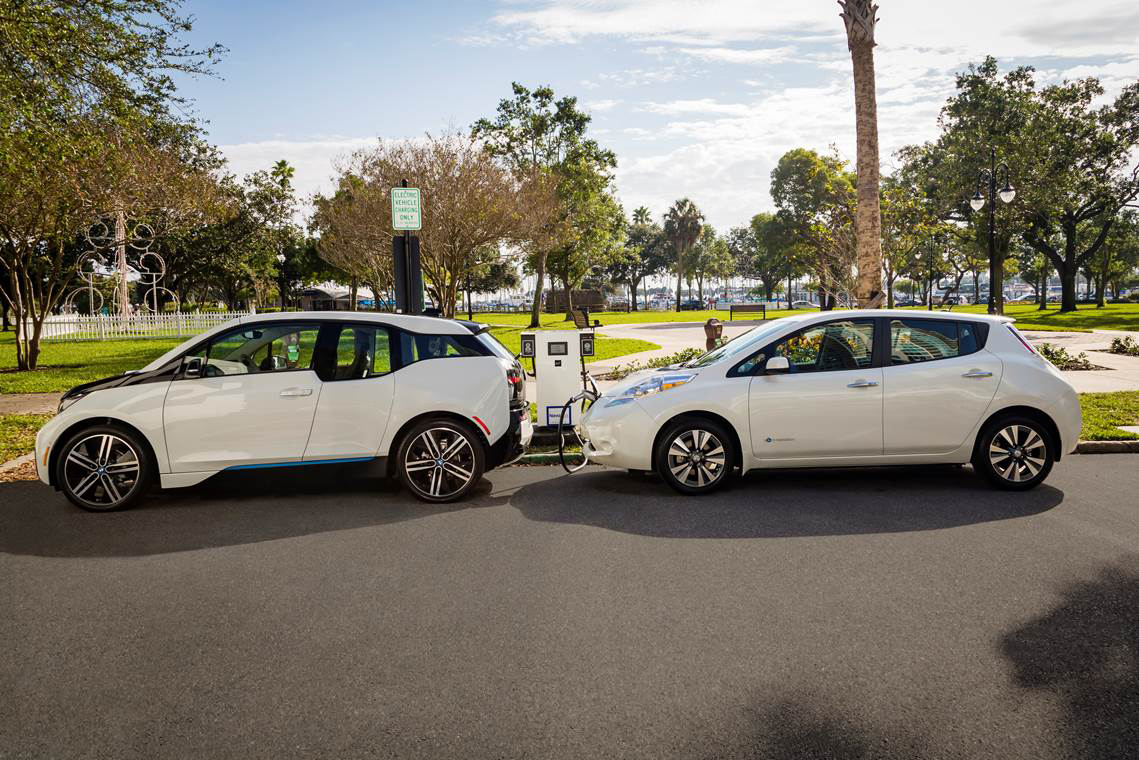 Automakers are no stranger to partnering up with the competition. Subaru and Toyota have built multiple vehicles on the same platform in the past, for example. This time, BMW and Nissan are getting together to flesh out America’s electric infrastructure, which should pave the way for easier adoption of alternative-propulsion vehicles.

Together, the two automakers have installed some 120 chargers across 19 different states. These aren’t your average chargers, either — these are DC Fast Chargers, which can fill a typical EV’s battery to 80 percent capacity in 20 to 30 minutes. This isn’t just for the Nissan Leaf and BMW i3, either — if your car can support one of the two connections built into each charger (CHAdeMO or CCS), it can hook up to these new units.

“This BMW-Nissan project builds on BMW’s ongoing commitment to participate in joint partnerships designed to expand DC Fast charging options nationwide for all EV drivers,” said Cliff Fietzek, BMW’s manager of connected mobility. “Together with Nissan, we are focused on facilitating longer-distance travel so that even more drivers will choose to experience the convenience of e-mobility for themselves.”

The chargers, which are part of the Greenlots charging network, aren’t free, but at least they’re convenient. Both Leaf and i3 drivers can find these new chargers using their car’s respective in-car tools or smartphone apps. The chargers will also work with Nissan’s EZ-Charge cards, so you won’t have to start up a whole ‘nother service just to get some juice.

Slowly but steadily, automakers are realizing that electric propulsion is all but inevitable. Thus, we’ll have an easier path forward if we set up an infrastructure that’s large enough to support a widespread migration away from gasoline.