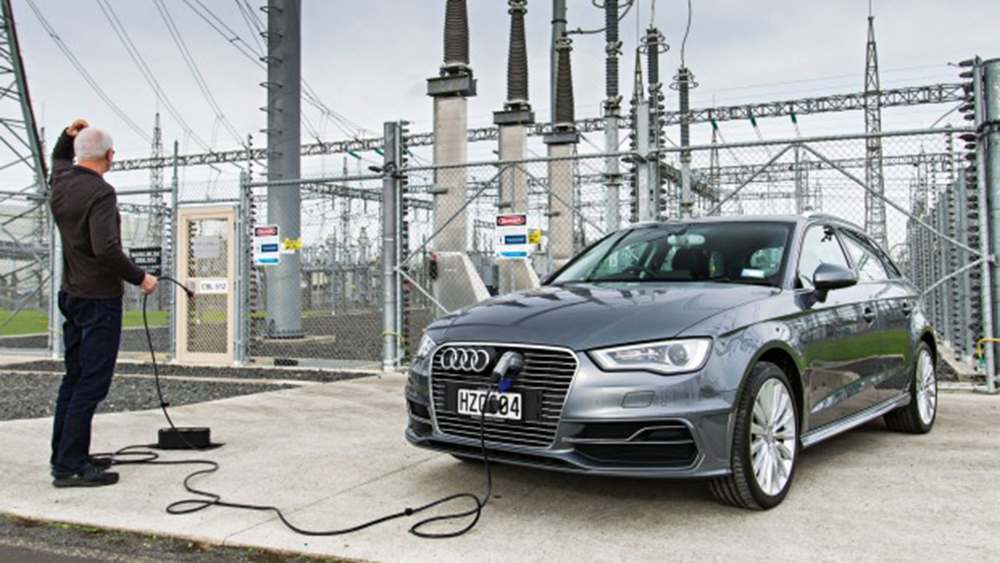 By Drive Electric19 August 2015No Comments

Other than pure EVs, which aren’t exactly common, there’s essentially no car you can buy that doesn’t have some form of internal combustion engine.

Typically eco-vehicles have a small economical engine, along with an electric motor and a pathetic battery pack that permits sod-all EV motoring, and then at little more than snail’s pace. I’m talking Toyota hybrids here. Despite limitations, these ‘hybrids’ have sold well. They might be economical, but the reality is they allow strictly limited emissions-free running.

The next generation of hybrids is now here, the plug-ins, and they are a step up on the originals, though they too are not without their drawbacks.

Clearly, the road to the electric car future is paved with craters.

It has taken roughly 115 years to get to where we are at today yet EVs remain compromised, on the whole. The reason is that it is difficult in the extreme to create energy storage systems that are even remotely competitive with the energy stored inside a litre of petrol or diesel.

Still, the industry is working tirelessly on this, and no doubt in 50 years we, or our kids at any rate, will be running around in EVs that don’t cost the earth and will run for 1000km before they need a recharge. But we’re lightyears away from that ideal. Even the most sophisticated EVs still have their issues, not the least of which is price.

So where does that leave cars like Audi’s first production e-tron, the A3? It’s a plug-in hybrid using a lithium-ion battery pack so without doubt it is a step forward on the NiMH units Toyota sells in that it has a useable EV mode, capable of speeds up to 120kmh and a much better EV range of roughly 40km.

Moreover, the vehicle actually handles rather like a regular five-door hatch, barring the fact it weighs 400kg more than the A3 Sportback upon which it is based. The A3 1.4-litre hatch we drove a year ago weighed 1211kg. The A3 e-tron scaled up at 1611kg. Under the rear seat is a battery pack that weighs 125kg, including its cooling system, and up front there’s a 34kg electric motor sandwiched between the lightweight 1.4-litre direct injection turbopetrol (reportedly weighing under 100kg) and the new six-speed twin-clutch transmission, along with all associated bits and bobs.

That’s the thing about plug-in hybrids; it’s like they use no gas. And that, of course, is the aim. The fuel figures are based on how seldom the internal combustion engine actually kicks in, and they also presume that the owner remembers to charge the e-tron every night after daily use. If not, you quickly end up with the fuel efficiency of a 90kW 1.4-litre turbo pushing a 1.6 tonne car and also charging the battery at the same time. That means consumption around the 9-10L/100km mark in real-world in-town driving. You’re likely to fare better in country driving, perhaps around 6.5L/100km.

The point here is that you need to charge your e-tron each night if you want to achieve anything like the claimed fuel figure.

So what exactly does charging involve?

It’s a simple plug-in process, unsurprisingly. The car comes with a portable battery charger, and most will leave this in the garage, presuming their daily range doesn’t exceed 38km. If it does, then either recharge at work or run out of juice and, heaven forbid, let the internal combustion engine shuttle you home.

To charge the car, you simply release the Audi four-ring badge up front, and this swings aside, allowing access to the charging port. Remove the water-proof bung, grab the charger’s pistol-like handle, insert it into the port, and press the charge button. It takes a little under four hours to recharge the battery from a typical 10 amp outlet, and a bit less, roughly two hours, using a 16-amp plug (like a spa pool outlet uses). Surprisingly, the charging process is not noiseless; you can hear the battery pack’s cooling fan operating throughout the process. At the end of charging, the system shuts itself off, so in the morning you just unplug the cord and away you go.

Because of the e-tron’s kerb weight, the EV mode isn’t rocket-like, but give it the berries and it will run from 0-60 in just under five secs. Push the gas pedal too hard, and the petrol engine chimes in, and any time it does, the 1.6L/100km claim quickly flies out the window. It shouldn’t if you only have a short commute but if you have any motorway running to do, you can halve the 38km touring range – more speed equals faster “fuel” use, just like with a petrol engine.

Running around in EV mode is a bit interesting and different, just a quiet whirring in the background, and the thrum of rubber on hotmix. Talkback never sounded so good. Kidding, it’s still garbage. The petrol engine is quite hushed too, especially at open road speeds.

In some operating modes, like hybrid auto, there’s a gliding function, while in others, like hybrid recharge there’s obvious regeneration going on, slowing the car on the overrun. In such situations, you need less brake approaching a corner than you might ordinarily.

The handling has never been a strength of earlier hybrids, running on ecorubber. Would this be the same? Overseas reports have been lukewarm but our e-tron was a bit different. It had the optional 18-inch Turbine alloys, shod with ContiSportContact5 rubber. You’re probably wondering, what the hell? Sports rubber on an eco-warrior? Why not? It sure helps with grip and handling, and so does the addition of weight over the rear axle (the 8.8kwh battery pack sits under the rear seat). The upshot is weight distribution of 56/44 compared with 60/40 for the regular A3 1.4. Despite the extra weight, this is a front driver that turns into corners with enthusiasm, and doesn’t quickly succumb to understeer, especially with torque vectoring on hand. It responds nicely to liftoff too, so it’s a reasonably decent drive, not that it ever feels like a lightweight.

A Sports mode for the transmission helps extract extra haste when needed. The brake pedal doesn’t feel bad either, with less of the regenerative sensation than some, and plenty of bite.

The ride is a highlight, and is more than agreeable, spoilt only a little by harmonics from the Contis at highway speeds. That’s despite there being no active damping.

Because of all the e-tron tech on board, the standard specification isn’t what you’d expect of a $75k offering. There are no seat electrics ($1450) and none of the latest safety items like lane change or blind spot alerts ($2900 option), or active cruise ($900). We thought leather was included but no, that’s a $3500 option. Still, the standard sports seats are supportive, despite lacking adjustable lumbar support, and the goodies on board include sat nav with a retractable seven-inch screen, dual zone climate air, a leather-clad sports wheel with paddle shifters, automatic stop-start, parking sonar, comfort entry, and cruise control. Heated seats add $800, LED headlights $2000, and a B&O 14-speaker sound system $1900.

This is amongst the first of a wave of incoming plug-in hybrids.

At last, EV functionality with touring range. And a drive that’s approaching normality.

Not cheap, nor lightweight but a dramatic step up on the NiMH munters.