The Big Read: Where Teslas are taxis 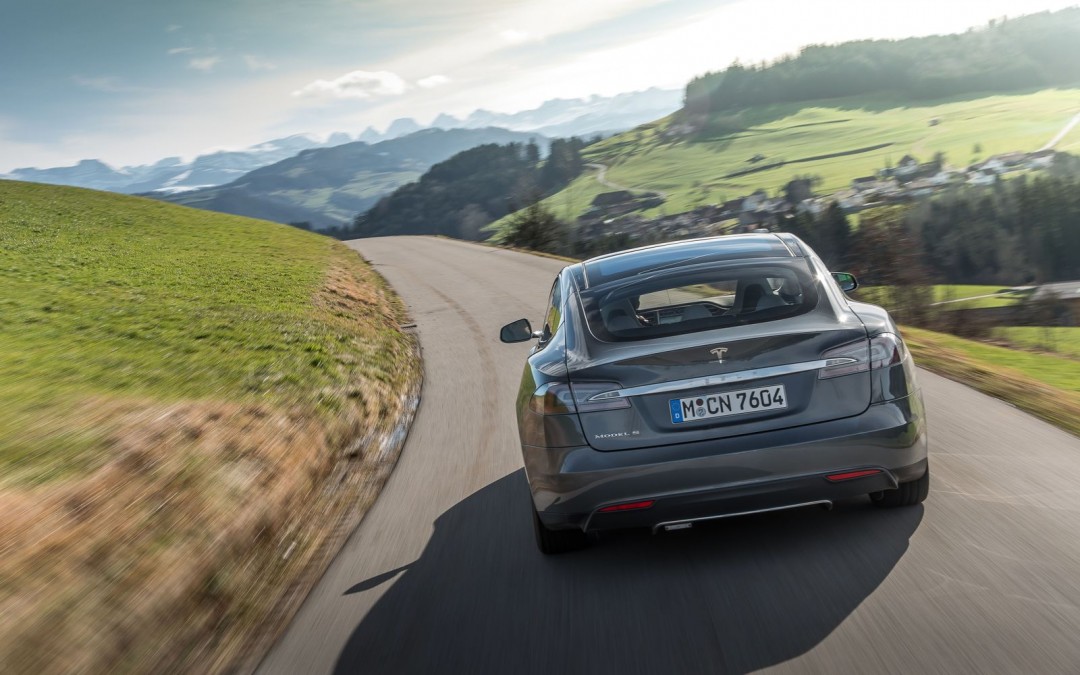 There are now nearly 70,000 electric vehicles in Norway. In New Zealand there are only 800. Is it time to follow Norway’s lead? Grant Bradley investigates.

In Norway they use Teslas as taxis.

Norwegians have the highest per capita ownership of the prestige plug-in and taxi driver Trond Gustav Somme has owned his Tesla for the past two years, trading up from a Nissan Leaf.

“My experience with the Tesla as a taxi has been very good so far,” he said after picking up a fare at Oslo’s Munch Museum.

Norway, with a population of 5.1 million, vies with China for being the second biggest Tesla market behind the carmaker’s United States home base.

In Norway, 9500 of the sporty saloons have been sold, many gliding around the capital’s cobbled streets or parked at free charging stations the city has installed. Mums and dads are opting for a Tesla instead of a big Volvo; not only is it cooler, it’s cheaper.

The car industry is subject to heavy taxes in Norway but this has allowed its government to use long fiscal levers to make plug-ins more affordable.

There are now nearly 70,000 electric vehicles in Norway – that compares to around 800 in New Zealand. Here there are around a dozen Teslas that have been imported mainly from Australia and sell for up to $200,000.

In Norway just on 20 per cent of all new cars sold this year are electric. There were about 3000 EVs in 2009 and secretary general of the Norwegian Electric Vehicle Association, Christina Bu, said the rapid uptake was largely a coincidence.

The unpromising-looking Buddy started it all. Norway took on the production of the micro two-seater in the late 1990s and supported the car with tax breaks to nurse it into the market. A similar-looking two-seat city car, the Think, began production in Norway in the 2000s.

That too was supported by tax breaks that included wiping off 25 per cent VAT and annual registration fees that are calculated on the weight of a car and can add the same amount again. Added to that was free parking, no road tolls and access to bus lanes.

“Putting incentives in place started because politicians wanted to support a small industry. At the time they were just plastic boxes and they definitely weren’t thinking about Norway selling 20 [per cent] of new vehicles being electric as we do now.”

The Government and local authorities have installed more than 10,000 charging stations, most in the capital Oslo, but spreading further as the industry tries to soothe fears felt by potential owners about the range of the vehicles.

Bu, who went to school in Tauranga as an exchange student for a year, said the industry didn’t take off until more desirable vehicles started coming on stream from around 2009, with the Nissan Leaf’s introduction in 2011 being the breakthrough car.

“The incentives were there and the models started coming out.”

The electric VW Golf was the newest fast-seller and with tax and registration costs, cheaper than its petrol equivalent.

While the new electrics will comprise close to 20 per cent of 140,000 cars sold a year, there were signs of that flattening out based on the shortage of new models coming out.

Prices would also fall if more cars were produced in response to international demand.

There is environmental and political pressure within Norway which aimed to cut CO2 emissions by 40 per cent by 2030. She said most emissions came from transport, of which private cars were the top contributor.

Bu acknowledges that making electric cars is polluting but running them on renewable electricity (Norway is 98 per cent renewable due to hydro power) makes them close to zero-emission vehicles.

New Zealand was in a similar position with around 80 per cent renewable power and she said this country had an even greater incentive to commit to electric cars because, unlike Norway, this country can’t export surplus electricity.

She says New Zealand doesn’t have to replicate the Norwegian model. Sweeteners such as free parking, ability to use bus or T2 commuter lanes are easily done.

But she says she wouldn’t recommend a plug-in to anyone without access to overnight charging at home.

“You get the neighbour effect and it spreads – that’s something the car dealers say too – this can happen in other countries if you push a little for a few years. These incentives don’t have to last that long, just get to a critical mass,” says Bu.

Could the government be doing something?
Backers of electric cars say the Government is missing a chance to lead the way for faster uptake of the vehicles that could save households about $2000 a year in running costs.

Drive Electric says the Government’s fleet-buying programme is an opportunity to push the industry along but is spurning EVs. There are just over 800 plug-in cars in New Zealand which has just under three million light vehicles and getting fleet buyers interested in EVS is seen as crucial as they purchase up to 70 per cent of new cars.

Transport Minister Simon Bridges was coy when asked about whether government departments could help by buying EVs.

“We’ve got an electric vehicle package that we will get to – we look at many options and government procurement could play some role in that but you’ll just have to watch this space.

“I would like to get to a package this year. As (Trade Minister) Tim Grosser said in another context, sometimes the perfect is the enemy of the good and I’m trying to get a perfect package.”

Bridges, who is also Energy Minister, said electric vehicles were “the cars of the future.”

The Government does not have any targets for EV numbers but has exempted them from paying road user charges (levied on other non-petrol tax paying vehicles) until 2020.

Other countries have provided other tax incentives but nobody in the New Zealand EV industry is expecting a similar approach here.

Bridges said he hoped the package being worked on by the Ministry of Transport would be released later this year.

The package was also aimed at breaking down misconceptions about EVs, “so that as EV price and performance continues to improve, more people make the switch to owning one.”

A recent study commissioned by EECA into the lifecycle of EVs found they outperformed petrol and diesel engine vehicles on most measures. A key finding was that, over the whole life (taking into account raw material extraction, production, shipping, driving and disposal) electric vehicles have 60 per cent fewer CO2 emissions than petrol and diesel vehicles.

EECA’s chief executive, Mike Underhill, said he would like to see the Government take a leading role but it suffered the same challenge as fleet buyers in the private sector – uncertainty about the value of the cars in four years’ time.

“The biggest thing is that they are the guardian of taxpayer funds and if they go and buy 3500-4000 vehicles and the resale value is peanuts. then it’s a huge hit on the taxpayer.”

Underhill said there was a case for departments such as DoC to buy off-road vehicles such as a Mitsubishi Outlander electric.

“The other thing is you would think that as with others they should be looking at second hand vehicles.

“There’s got to be a leap of faith – my view is the Government does need to take some of that leap as do the the big fleet buyers,” he said.

Drive Electric chief executive Eric Pyle said the society “would like to see EV numbers achieve 1000 units this year, or run close to that, and then grow exponentially, passing the 10,000 mark some time in 2018.”

Only one car is currently accepted in the All of Government contract – the $60,000 Mitsubishi Outlander.

“The Nissan Leaf is also an ideal vehicle for fleet use, and needs urgent consideration, be it new or as a used import. Late model low mileage EVs from the UK and Japan are available, are being purchased by corporates, but are not included in the All of Government procurement sourcing.”

He said that including reduced maintenance costs, an EV owner was better off by around $2000 a year.

This calculation is based on the distance covered by the average car in New Zealand – 12,500 km a year.

New Zealand spends between $7 billion and $9 billion a year on imported oil (depending the current price) and there were potentially billions of dollars in savings if there was a widespread switch to electric.

Pyle said a number of other organisations, including local authorities, could speed up the rollout of EVs.

“Some businesses are showing leadership by investigating and testing EV.

The new car sector had been slow to introduce a large range of models. There were six EV models herebut 50 different models in Britain. New EV buyers in Britain get grants of up to £5000 ($11,340).

How Norway is encouraging electric cars:

New Zealand by the numbers: