Why BP should buy Tesla from Elon Musk 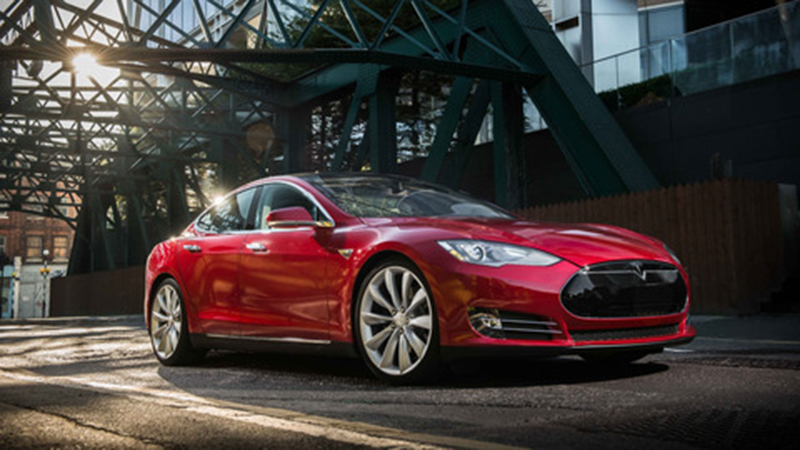 Executives at BP, which has a market value of about $130 billion and a family tree dating to an oil discovery in Persia at the start of the 20th century, are worried.

It turns out that Royal DutchShell ran its slide rule over BP before pouncing on BG Group for $70 billion. So BP’s management is mulling whether it should become predator to avoid being prey to the likes of Exxon Mobil or Chevron.

Instead of bulking up on dirty fossil fuels, though, BP should move with the times into an entirely new industry. My candidate: Tesla Motors, Elon Musk’s upstart electric car and battery company, which has a market capitalisation of about $26 billion.

Shell’s deal to buy the company formerly known as British Gas was all about expanding its reserves of natural gas, the least-nasty of the fossil fuels.

“Buying Tesla would let BP go one better. It would put BP at the vanguard of efforts to wean the auto industry off the internal combustion engine. It also would allow BP to make good on its advertising claims to be moving Beyond Petroleum.” – Bloomberg View columnist Mark Gilbert.

Musk, we learned on Monday, was in talks to sell Tesla to Google in early 2013, as product glitches and missed sales targets put the company at risk of bankruptcy. So he’s at least entertained the notion of allying with a big, wealthy partner.

BP’s website lists 15 countries where you can find a BP gas station. That’s a powerful network that Musk could piggyback onto, and help make Tesla a global brand.

The auto industry offers a great opportunity for BP to make a break with its ongoing liabilities from the 2010 disaster in the Gulf of Mexico and get into a business that’s in a state of flux.

The automobile’s need for gasoline is shrinking; the average car now gets 31.6 miles to the gallon, an improvement of almost 30 per cent since 2001, according to the US Department of Transportation. Add to that the doubling in worldwide electric vehicle sales in the past two years to more than 288,000 last year, and it’s clear that making and selling gasoline is fast going out of fashion.

BP must know that the oil industry’s best days are behind it, no matter what happens to the price of crude. Figures compiled by Bloomberg New Energy Finance show that demand peaked more than a decade ago, and has been in steady decline since.

Moreover, in the broader energy industry, the future clearly belongs to renewables. BNEF forecasts for how much additional capacity will be added to each energy source in the next 15 years are pretty unequivocal.

As an industry changes, the smartest players go with the flow, dropping their historical ties to make a leap in the dark. If you were in the business of selling music via shiny silvery discs (having moved on from black vinyl discs), for example, you had a window of opportunity to make money packaging those tracks as little data files and selling those instead (see: Apple iTunes).

Today, you probably want to be thinking more like Spotify, leasing songs on a streaming basis. But if you ignored those early warning signs about how music consumption was changing, you risked going the way of the dinosaurs – hence Apple getting into the streaming business itself.

Buying Tesla would let BP go one better. It would put BP at the vanguard of efforts to wean the auto industry off the internal combustion engine. It also would allow BP to make good on its advertising claims to be moving “Beyond Petroleum.”
Bloomberg View columnist Mark Gilbert
In a famous 1960 Harvard Business Review article, Theodore Levitt wrote about horse-buggy whip makers, suggesting that if they’d regarded themselves as suppliers to the personal- transport industry rather than focusing on their specific product, they would have had a Darwinistic chance of evolving.

BP isn’t really in the oil industry; it’s in the providing- whatever-kind-of-energy-people-need-to-get-from-A-to-B business. Given the increased attention being paid to batteries as a way to store and transport energy from geographically dependent sources such as wave power, Tesla would put BP at the forefront of emerging technologies that are the modern-day equivalent of that Persian discovery in 1908.

Sure, BP already invests inlow-carbon biofuels, and clearly has the capacity to focus more of its efforts on renewables as fossil fuels become less and less profitable.

But, if the company wants to differentiate itself by revolution rather than evolution, Tesla would deliver a quantum leap into the future. And if you were a BP executive, wouldn’t you rather tell people at cocktail parties that your most exciting product was a sports car, not a barrel of black stuff?