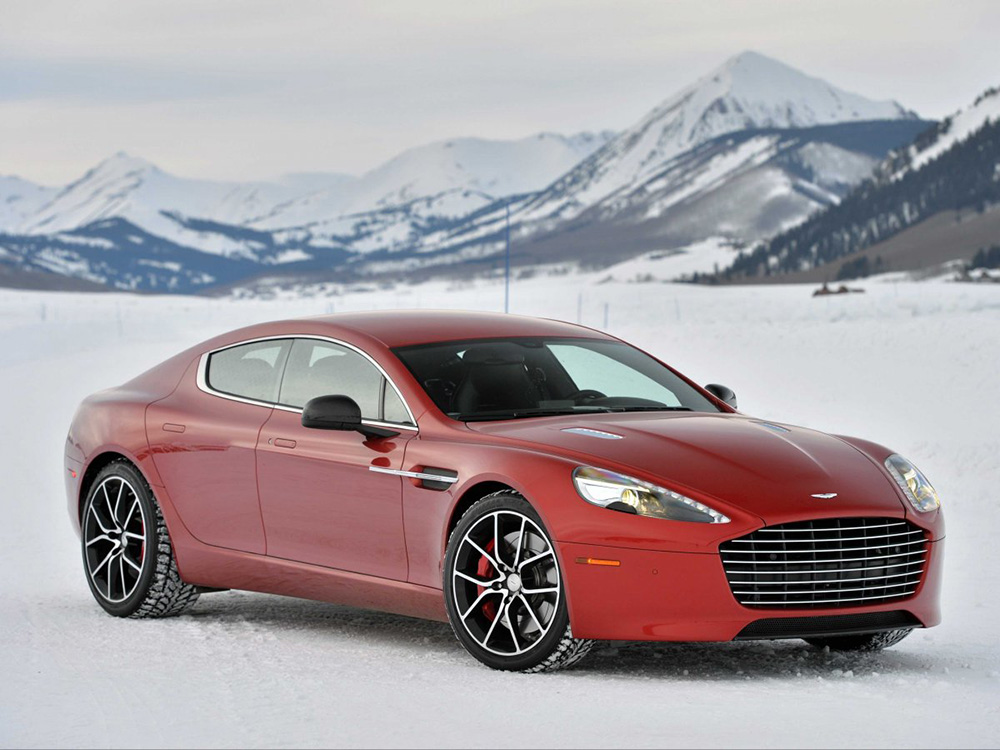 Aston Martin is getting into the all-electric luxury sedan game — big time.

According to Car and Driver, Aston Martin CEO Dr. Andy Palmer said that the company’s future electric super-sedan will:

1) Be based on the Rapide S

Up to this point, Tesla has pretty much had the luxury — or semi-luxury, depending on your opinion of carmaker’s relatively modest interiors — electric sedan market to itself. The priciest Model S version, the P85D, will set you back around $US120,000.

Tesla challengers have come along. Fisker is perhaps the best-known, although the company fell into bankruptcy a few years ago, ending any real competition between the company’s hybrid-electric car and Tesla’s Model S.

Now Aston is taking things to a whole new level.

But this isn’t the company’s first foray into stylish electric transportation.

Earlier this year, at the Geneva Motor Show, the British automaker unveiled an all-electric crossover coupe called the DBX.

According to Palmer, Aston’s entrance into the electric car market was prompted by the need for company to meet increasingly stringent fuel economy standards. But the brand didn’t want to employ the small-displacement turbo engines that many of its competitors have turned to.

Currently, Aston Martin’s lineup of sedans, coupes, and convertibles gets its power from a series of naturally aspirated V8 and V12 engines.

The Aston Martin Rapide made its world debut in 2010 and received a slight facelift in 2013. The non-electric Rapide S is powered by a 550-horsepower, 6.0-litre V12 engine that can achieve 60 mph in just 4.7 seconds. But it doesn’t go easy on the gas, getting only 13 mpg in the city and 19 mpg on the highway.

Several automakers have launched high-performance electric cars since Tesla burst onto the scene (none have achieved the success of the Model S). Audi introduced an all-electric version of its R8 supercar, called the R8 e-tron, in Geneva this year. And a couple of years ago, Mercedes-Benz rolled out a pure electric variant of the SLS.