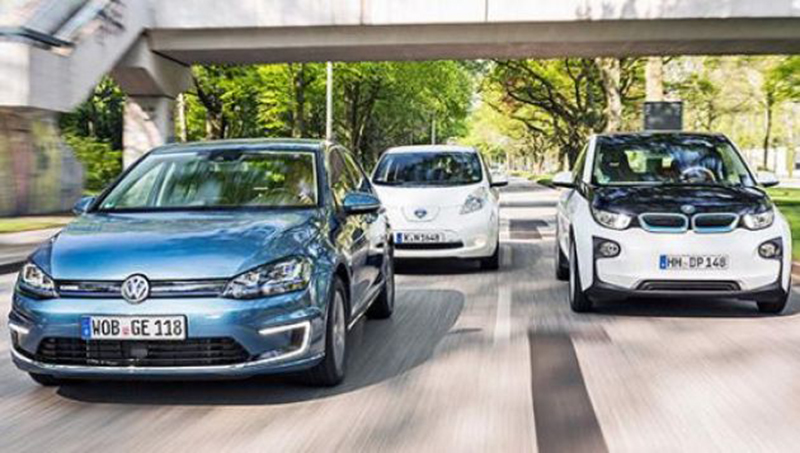 Combining figures from the Department for Transport with new data from the Society of Motor Manufacturers and Traders (SMMT) reveals that the total number of electric cars and vans registered in the UK now exceeds 32,500 vehicles for the first time.

The latest statistics demonstrate the continuing growth in EV sales of high-quality electric cars and vans in the UK. Of the total number of EV registrations, the vast majority (29,979) are electric cars that are eligible for the Plug-in Car Grant. These vehicle comprise fully electric cars such as the Nissan LEAF, as well as plug-in hybrids an exemplified by the Mitsubishi Outlander PHEV.

The other electric vehicles represented by the figures include plug-in vans and cars which do yet yet qualify for the Govt grants. As of the end of December 2014, this group comprised 2,526 vehicles and (based on estimates since then) now number around 2,776 vehicles, the majority being Plug-in Van Grant eligible vans (approx. 1,345).

Given that a large number of successful claims for the Plug-in Car Grants have yet to be translated into registered vehicles, the total UK light-duty electric fleet may already be approaching, or indeed may have already exceeded 35,000 electric vehicles.

Another indicator that the electric market is growing in strength is the number of fully electric and plug-in hybrid models available in the UK. While only 9 EVs were available for the major manufacturers in 2011, this increased to 18 models in 2013, and now stands over 30 high-quality, fully crash tested cars and vans with more models due for launch in 2015.

Dr Ben Lane, Director of Next Green Car said: “The number of EVs registered in the UK continues to grow exponentially demonstrating that UK car buyers are continuing to embrace both fully electric and plug-in hybrid power-trains. Reports from EV owners suggest that, rather than just financial benefits, it is the totally new driving experience that is really leading to a change in market preferences and driving the demand for electric vehicles.

“Recent research from Nissan also shows that many EV owners have stated that they would never consider returning to using an ICE car, yet more proof of the fundamental shift in consumer attitudes in favour of electric mobility.”

The latest EV model entrants include the Tesla Model S and Mitsubishi Outlander PHEV which have already made their mark in the UK market. Other high-quality models now available include the Kia Soul EV (which NGC range-tested in December 2014) and the Nissan e-NV200, the latter bringing all the benefits of electric to the small van market.

– via Next Green Car