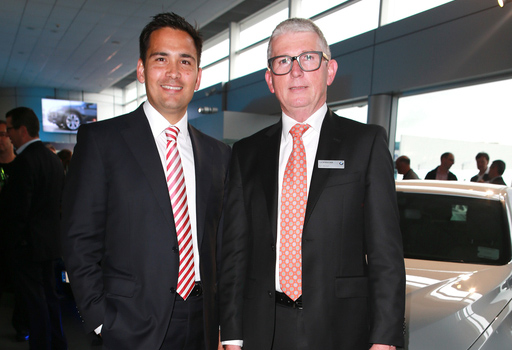 By Drive Electric5 March 2015No Comments

But he doesn’t favour incentives or subsidies in what he says is “the most EV-ready country in the world” because of New Zealand’s very high proportion of electricity generated from renewable resources.

Speaking to an energy conference in Auckland yesterday, Mr Bridges said he had “tasked the Ministry of Transport to provide advice on whether the government can play a role in facilitating early uptake of EVs and, if so, what options are available”.

EVs have barely begun to become available in New Zealand, although sales figures of 400 in 2014 were an exponential increase on 2013.

Electricity companies, in particular, but other commercial fleet operators, were also looking at the potential for at least partial fleet replacement with EVs, Mr Bridges told BusinessDesk.

“The question is: what can we do to encourage commercial fleets to go EV?” he said, with between 60 percent and 80 percent of all new vehicle purchases in New Zealand being made by commercial fleet owners, including government agencies.

Higher initial costs of EVs are said to be offset over time by lower running and maintenance costs.

New Zealand is unusual for having around 80 percent of its electricity generated from renewable hydro, wind and geothermal power stations, making EVs a potentially meaningful way of “de-carbonising” the New Zealand economy.

Mr Bridges said New Zealand was also unusual for having very high proportions of off-street residential parking, reducing the need for investment in charging technology, since cars could be recharged straight from a three point plug.

The average New Zealand car journey, at 33km, was well within the range of EVs on the market today.

“In an urban setting, nearly everyone could have an EV without an impact on their driving range,” said Mr Bridges, who said the government would “take a lot of convincing” to subsidise or incentivise EV ownership.