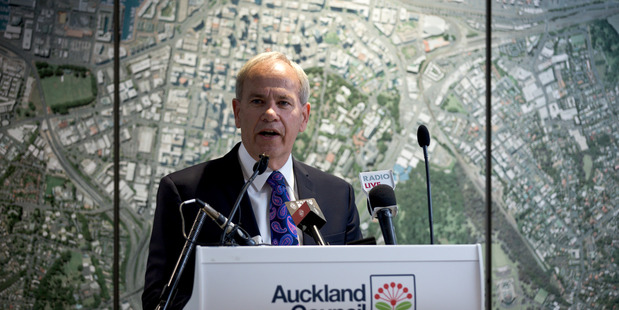 Auckland will issue a worldwide call for investors in an electric car-share scheme such as those in North American and European cities.

The proposal is to be unveiled this morning by Mayor Len Brown and Auckland Transport chairman Lester Levy.

Auckland Transport says in an invitation to a scheme launch event that it will seek bids from national and international operators to establish “a large-scale PEV [plug-in electric vehicle]-based car-sharing scheme in Auckland”.

Any such scheme will be privately owned and operated, it says.

But he told the Herald from Vancouver that Auckland needed to offer any scheme operator support through public rights-of-way and kerbside parking spots.

Mr Woodland referred to two overseas models, one in Amsterdam where the public sector made a substantial investment in vehicle charging stations to support Daimler’s extensive Car2Go electric car share scheme, and another in Paris, where the Bollore Group installed more than 4000 charging points to support its own electric vehicle manufacturing business.

Bollore’s Autolib scheme has more than 155,000 registered users, who pay daily, weekly or annual subscriptions and then a half-hourly rate starting at 5 ($7.36) to drive an electric car.

Car2Go has 900,000 users across 29 North American and European cities, but has pulled out of London and Birmingham, blaming Britain’s strong car-ownership culture, and Autolib is facing challenges plugging into local electricity networks there as well.

One New Zealand electric vehicle industry source said he had met Autolib officials in Asia but, after looking into a suggestion their model may work here, he had concluded Auckland lacked the population density. That was not to say it wouldn’t work in the longer term, as the city became more compact under the 30-year Unitary Plan.

Transport Minister Simon Bridges is seeking ways the Government can increase the uptake of electric cars. There are about 400 on the roads so far.