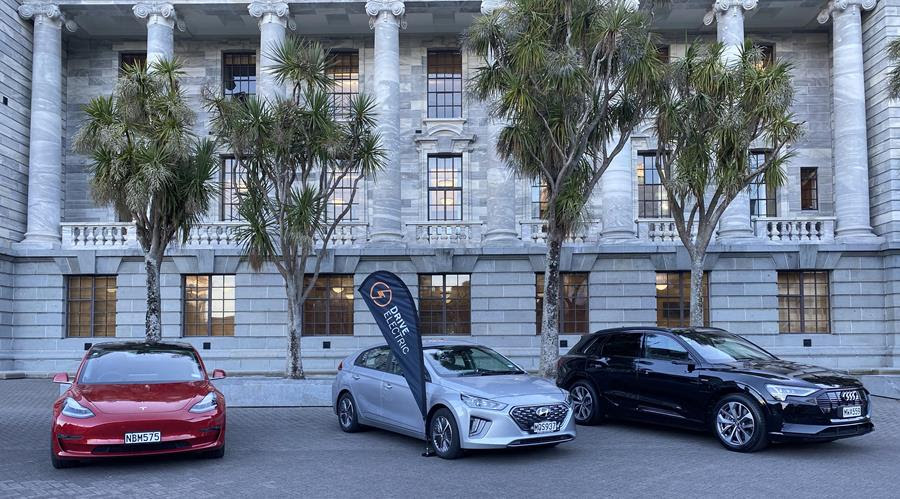 The electric vehicle industry gathered at Parliament last night to back the Government’s goals for electrifying New Zealand’s vehicle fleet and call for bipartisan support to make it happen.
The event at Parliament was hosted by Minister of Transport Hon Michael Wood and Drive Electric, which represents automakers, vehicle fleet companies, power companies, infrastructure providers and others advocating for the adoption of electric vehicles.
“Accelerating the uptake of electric vehicles, among other efforts to decarbonise transport, is crucial in the fight against climate change. We welcome the increased priority that the Government and other parties are putting on helping New Zealand transition to EVs”, says Drive Electric Chair, Mark Gilbert.
“The ultimate cancellation of the feebate policy last term caused potential EV buyers to hold off on purchases, waiting for an incentive that never came. To get more EVs on New Zealand roads, there needs to be cross-party agreement on EV support going forward and a comprehensive plan, so there is a predictable policy environment.

“We want to see parties agree to set 2030 as the end date for importing fossil fuel-powered vehicles. That will bring us into line with other countries, including other right-hand drive markets like the UK. The alternative is hugely problematic; New Zealand could become a dumping ground for other countries’ old petrol vehicles.

“Ambitious goals need to be supported with strong policy. We’re calling on Parliament to introduce incentives for EVs to encourage Kiwis to make the switch, alongside emissions standards, and major improvements in active and public transport. Other countries have progressive subsidy programmes. The US, for example, is about to bring in a $7,500 federal credit on top of state-level incentives.

“Around the world, there is strong demand for electric cars, particularly right-hand drive vehicles. If New Zealand doesn’t want to be left behind in the race to go electric, more government direction will be needed. Our members need to be able to tell their suppliers that New Zealand is serious about EVs, and we want to be at the top of the list for supply.” says Gilbert.