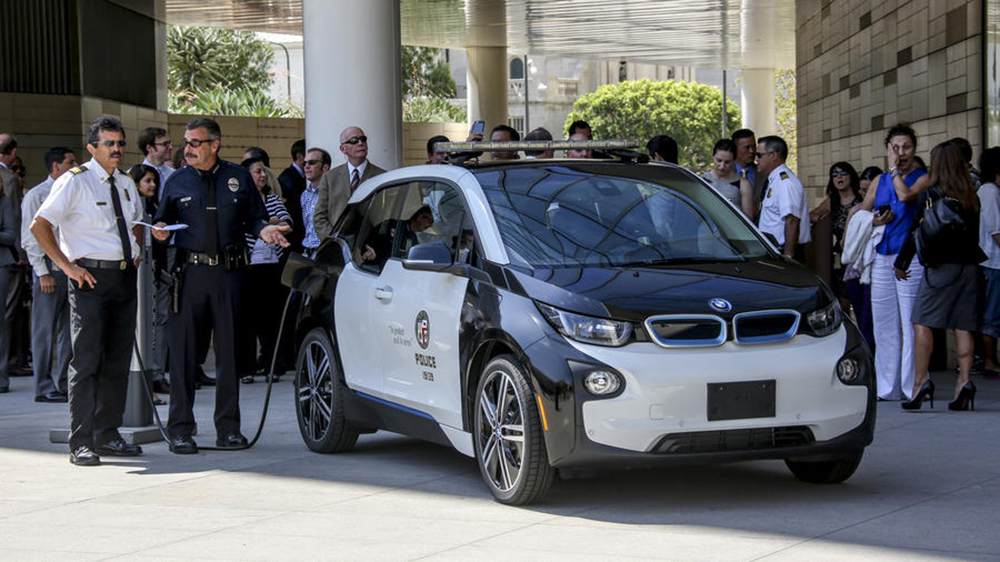 By Drive Electric14 September 2015No Comments

Soon, Los Angeles will become even more sustainable with a commitment by Mayor Eric Garcetti and city departments to lease green energy vehicles.

Garcetti, speaking at a news conference Friday outside Los Angeles Police Department headquarters, announced a commitment to lease 160 pure battery EV vehicles, which he said will give L.A. the largest pure EV fleet in the nation.

Also, 128 plug-in hybrids will be leased, which Garcetti said would save taxpayers money and advance sustainability goals. Earlier this year, Garcetti released the Sustainable City pLAn, to help make the city more sustainable and deliver environmental and economic benefits.

“When we laid out our sustainable city plan … we promised that 50% of new city fleet vehicles purchased each year would be EV by 2017,” Garcetti said. “Now we’re fulfilling that promise ahead of schedule.”

“EVs make environmental and economic sense to the city of Los Angeles, and LADWP is pleased to support the mayor’s goal to have EVs become the majority of our fleet,” DWP General Manager Marcie Edwards said in a statement.

A hundred of the battery electric vehicles will be dedicated to the LAPD and will be used by detectives, investigators and administrative employees. The LAPD is also being loaned a Tesla Model S P85D and a BMW i, which were on display outside police headquarters on Friday.

The vehicles will be used for testing and research by LAPD technical experts to determine how the techonology can support future needs.

“You can see right here behind me, the future,” Garcetti said, gesturing toward the Tesla and BMW. “Our goal is to one day go from gas-powered to battery electric in our squad cars. And if we do that, the impact could be national in scale. L.A. could once again the lead the way to help transform not just our department, but other departments and cities around the country.”

Garcetti said electric vehicles are “quick, meet the needs of policing” and are quiet enough to sneak up on someone, which prompted a smile from LAPD Chief Charlie Beck.

The LAPD already has purchased 23 electric scooters and three electric motorcycles for use by patrol officers.

“I think that today, this announcement, will trickle across the nation as a challenge to other cities, other police departments, other fire departments to look at what you’re doing and to take a step that makes a change for the positive,” Beck said. “Great day for policing, great day for the city. Proud to be an Angeleno.”

The change in vehicle procurement policy is expected to cut operating costs of the vehicles by an estimated 41%, free up city budget dollars currently allocated to finance the purchase of vehicles and reduce greenhouse gas emissions.

Friday’s announcement comes amid broader efforts to deliver on the promise of a sustainable city. The pLAn sets targets to reduce greenhouse gas emissions by 80% by 2050, increase local water supplies to 50% by 2035 and get LADWP off of coal entirely by 2025.

“We’re all hot today,” Garcetti said. “We’re hot because these are the hottest years on record and if we don’t, as human beings, as cities, as governments, do something about it — this is going to be the new normal.”