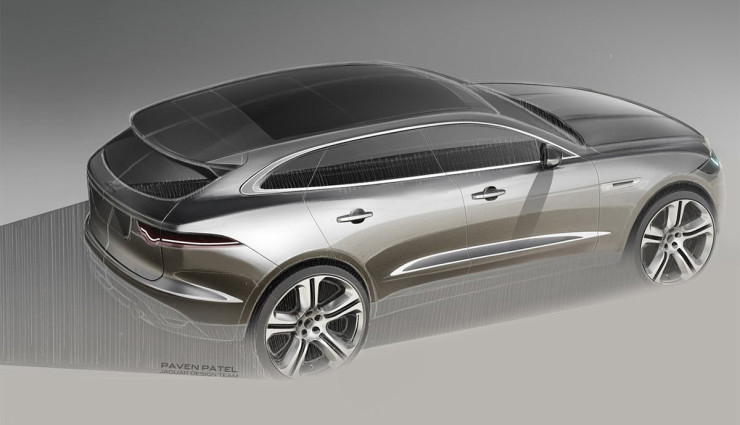 Jaguar plans an all electric SUV for 2017

By Drive Electric17 November 2015No Comments

Jaguar says it will introduce an all electric SUV with 300 miles of range by 2017. The timing is critical, as Audi says its electric SUV, the Q6 e-tron quattro, will begin sales in 2018 and the Tesla Model X will begin volume sales in 2016.

The automotive marketplace is hungry for SUVs. People like how easy it is to get into and out of them because of their higher ride height, which also makes it easier to get children buckled up. They don’t carry the “soccer mom” stigma of a minivan (even though a minivan may be the most practical vehicle for everyday driving ever devised) and they are not just another boring sedan.

What will set the Jaguar apart from the Model X, the Q6 and the electric XC90 Volvo has planned? Styling. Jaguar says its car will feature sytling inspired by the exceedingly luscious lines of the C-X75 hypercar it brought to the Paris auto show in 2010. That car was certainly different. It was powered by 4 electric motors that used electricity generated by diesel turbines and had an electric only range of 30 miles.

That was all very cool stuff back in 2010. Jaguar originally planned to build 225 of them, but the million dollar price tag was a bit steep, even for well heeled folks, in the middle of a global recession. The C-X75 program was mothballed.

But the C-X75 is back. It figures prominently in a chase scene through the city of Rome in the latest James Bond movie, Spectre, and that is no coincidence. Jaguar specifically asked the producers of the movie to use the C-X75 in order to re-ignite interest in its 4 wheel electric drive system and edgy styling.

The company says its new electric SUV will  also have 4 electric motors and an exterior inspired by the C-X75. It is rumored the styling will be revolutionary, setting the car apart from other Jaguar models the same way that BMW’s i cars are distinctive from other BMW models.

At present, sources say the new car will have 4 electric motors connected to the wheels by driveshafts. But parent company Tata has some experience with in-wheel motors and some believe Jaguar is working hard to bring that technology to the new SUV. Modern electronic controls allow active suspension components that can offset some of the disadvantages of adding unsprung weight to the wheels.

The target price for the Jaguar electric SUV (which is unnamed at this point) is expected to be $80,000, which happens to be exactly the starting price for the Tesla Model X. Insiders suggest a concept version of the car will be revealed at the Paris auto show in 2016.