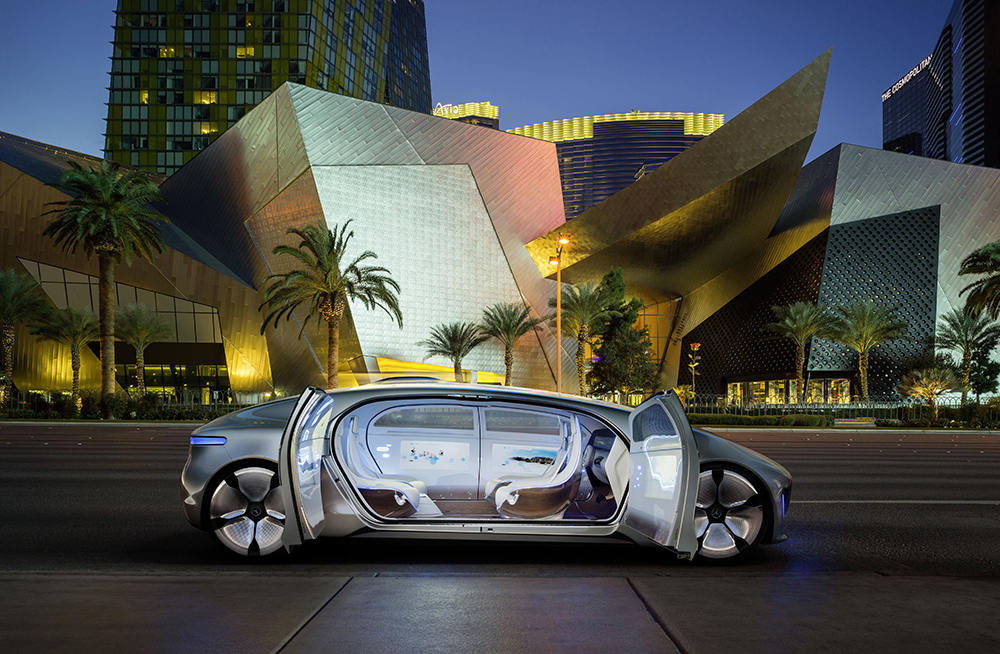 In the future, the car business is going to look very different

“Telling the story of this chart will occupy the remainder my professional life. It’s sort of sad that my life can be boiled down to one chart… but it’s so true.”

So begins a note this morning from the ever provocative Morgan Stanley auto analyst, Adam Jonas (first spotted by Bloomberg). 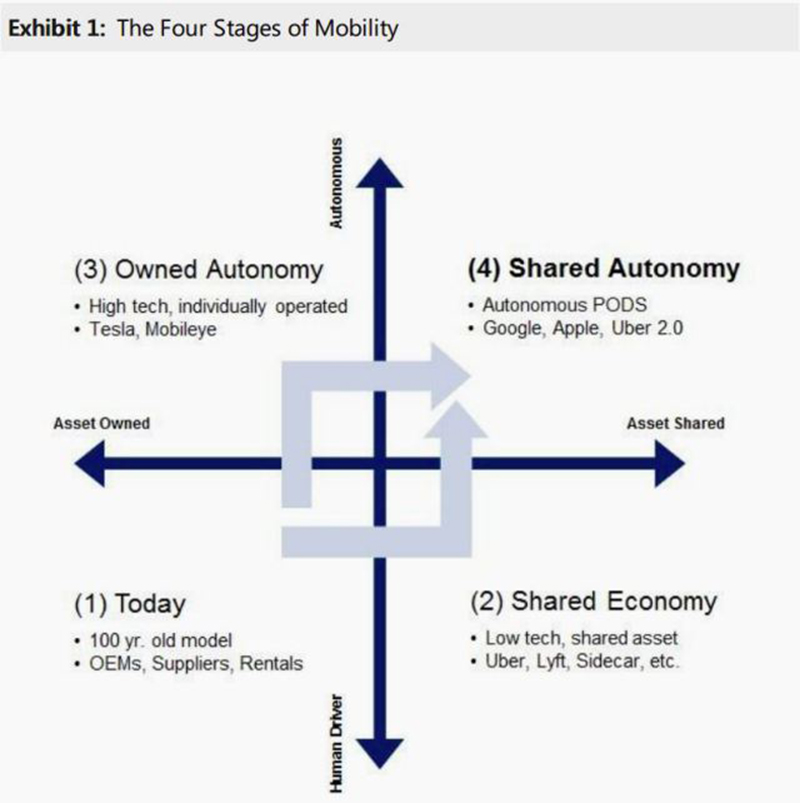 Jonas has previously predicted, among other things, that a self-driving utopia will be upon us in barely a decade’s time. He has gushed about the potential of Elon Musk’s Tesla Motors to revolutionize the auto industry and bemoaned the incredible wastefulness of owning a car, which typically sits dormant in a garage all day.

The chart above is an attempt to distill these themes into a single image. Basically, he look ahead to the day when today’s ownership-dominated model is surpassed first by ride sharing/hailing services, and then by such services operating autonomously. Time will tell if he is right.

The auto industry, which Jonas describes as “the most disruptable business on earth” is indisputably huge: global car sales alone are worth an estimated $2 trillion a year. That explains why everyone from Uber, to Tesla and Apple is circling it.

These companies, and the dual phenomena of app enabled riding and autonomous vehicles are clearly going to change the way people get around. The only question is by how much, and how quickly.