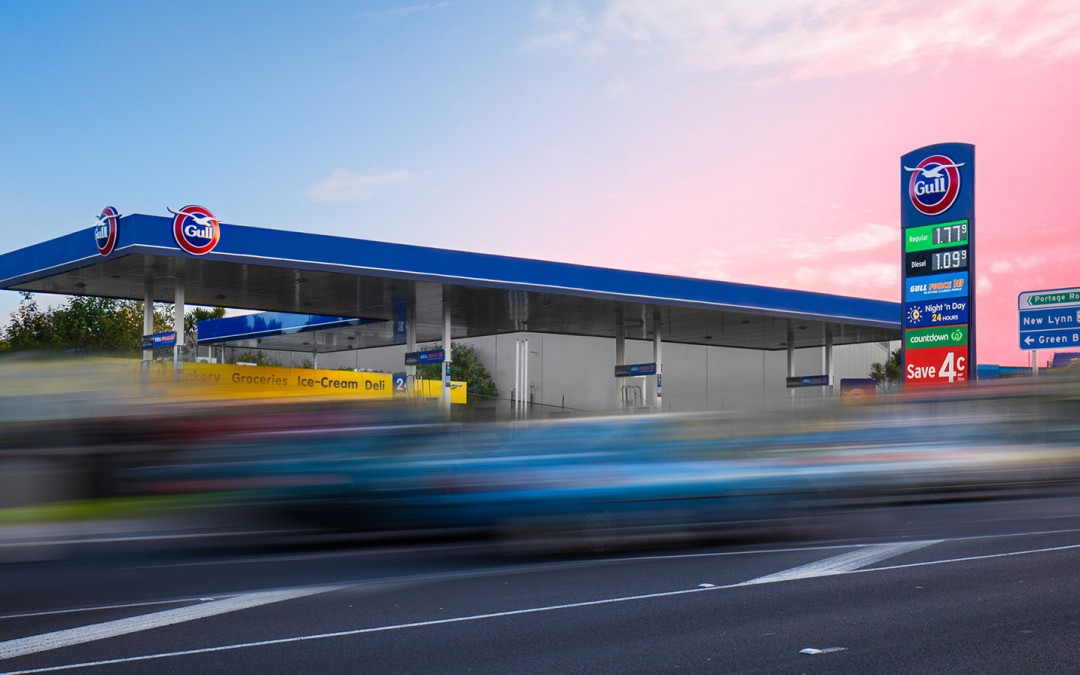 The flagship site at Greville Road on Auckland’s North Shore, currently offers Kiwi motorists free usage of the charging station, and signals Gull’s commitment towards a new era in energy.

Gull joined forces with Mighty River Power as the supplier of its EV charging unit, enabling motorists to fuel-up free with ‘home-grown’ renewable electricity, a cheaper and cleaner alternative to imported fossil fuel.

Karl Mischewski, Retail Development and Sustainability Manager at Gull, says electric vehicles are an emerging technology that one day will become common place. How soon that will be is unknown, but it will be driven by demand from Gull customers and uptake of electric vehicles in New Zealand, he adds.

“We are doing everything we can to help reduce our carbon footprint. Electric vehicles will be a big part of the future.

“Gull is renowned for many industry firsts, including low sulphur diesel and biofuels and this is another step we are taking to offer drivers more sustainable fuelling options.”

As innovators in the renewable energy industry, Gull believes every drop of fossil fuel saved makes a difference.

This is not the first time Gull has been involved in developments relating to electric vehicles. It sponsored The REV project at the University of Western Australia, research and development which saw two vehicles converted to EV, prior to the cars being commercially available.

Greville Road sets a new precedent for the fuel provider which is looking at provisioning a second, and more advanced, rapid charger unit at one of its new Gull sites set to open in the greater Auckland region, next year.

“We are excited about what the future may hold for fuelling options, be it increasing uptake of Gulls existing biofuel blends and electricity, provided it’s sourced primarily from renewable feedstocks, or electricity generation,” says Mischewski.