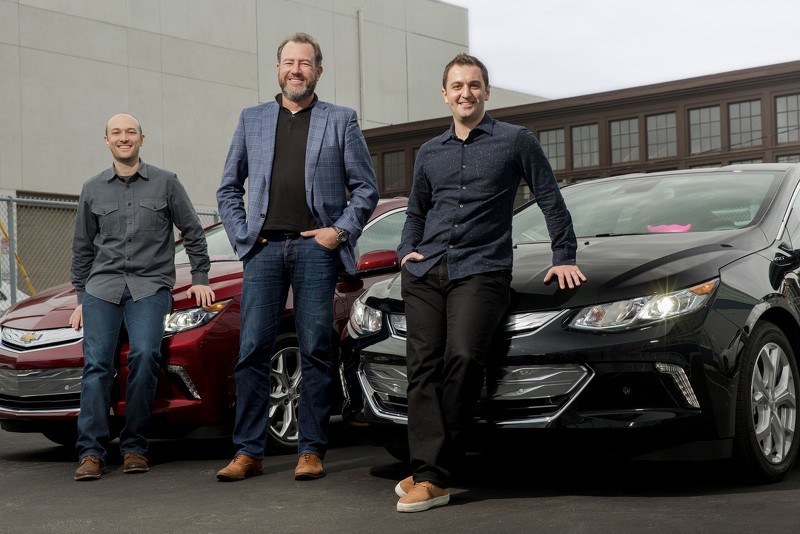 – via The New York Times

SAN FRANCISCO — General Motors Inc said on Monday it will invest $500 million in Lyft Inc and laid out plans to develop an on-demand network of self-driving cars with the ride-sharing service.

The biggest single Detroit-Silicon Valley crossover deal to date comes as automakers work out how to respond to the rush of technology companies such as Apple, Alphabet and Uber – Lyft’s biggest rival – to control cars of the future and likely reshape the global auto industry. The No. 1 U.S. automaker’s investment accounts for half of Lyft’s latest $1 billion fundraising round. It is one of GM’s biggest investments in another company and the largest single cash injection to date by a traditional automaker into a young technology firm. The two companies said the partnership was based on the shared view that self-driving cars will first reach consumers as part of a ride-sharing service, rather than vehicles owned by drivers.

“We think our business and personal mobility will change more in the next five years than the last 50,” GM President Dan Ammann said in an interview with Reuters.

The partnership will tap into GM’s work on driverless cars and Lyft’s software that matches drivers and passengers and calculates routes, to create a network of cars that would operate themselves and be available on demand. The two companies did not set out a timeline to get the on-demand network up and running, but said they would immediately offer Lyft drivers short-term rentals of GM cars. The announcement came as Toyota Motor Corp and Ford Motor Co said they would adopt the same software to link smartphone apps to vehicle dashboard screens.

Toyota and Ford, two of the world’s biggest automakers, invited rival car companies to join them to counter the push by Apple, Alphabet, Tesla Motors Inc and others into self-driving cars, or what the industry calls autonomous vehicles. Major automakers are trying to prevent Silicon Valley from dominating the future of self-driving cars and ride-sharing, and are also investing as a way to see whether Lyft and Uber are on the way to making money, said Matthew Stover, automotive analyst with Susquehanna Financial Group.

“The only way to understand the implications and viability of this business model (Lyft and Uber) is to become an investor,” said Stover.

Last month, Ford Chief Executive Mark Fields said the No. 2 U.S. automaker would explore the ride-hailing business with a fleet of specially designed Transit vans at its Dearborn, Michigan campus. GM CEO Mary Barra last fall said that while Apple and Google – now called Alphabet – are pushing to dominate dashboard displays with their software, automakers still control “the platform” of the vehicle itself. GM’s Ammann, who will join Lyft’s board as a part of the deal, said both companies had a “really common view of the future.” Lyft President John Zimmer said the “culture and vision are very alike” in both GM and Lyft.

The deal heralds a wave of alliances of varying forms between automakers and Silicon Valley companies as both try to capture new business as transportation evolves, said Xavier Mosquet, the U.S. auto practice leader at Boston Consulting Group in Detroit. “In the next 10 to 20 years, (transportation) will be one of the biggest areas for electronic and software investments,” Mosquet said. He expects ride-sharing driverless vehicles to develop first in big cities such as Singapore, London and New York, probably between 2022 and 2025.

Lyft said the latest $1 billion fundraising round included Kingdom Holding Co, the investment firm of Saudi billionaire Prince Alwaleed bin Talal, which put in $100 million. Other investors included Janus Capital Management, Japanese online retailer Rakuten Inc, Chinese ride-hailing service Didi Kuaidi and Chinese Internet company Alibaba Group Holding Ltd. Kingdom and Alwaleed are major investors in U.S. tech companies. Together they own more than 5 percent of Twitter Inc. Lyft said the latest funding round valued it at $5.5 billion, cementing its status as one of Silicon Valley’s much-prized ‘unicorns,’ or companies worth more than $1 billion without going public. Lyft does not publicly disclose its financial performance, but media reports have suggested it is not profitable, like many tech startups.

Lyft is locked in a fundraising race with rival ride-hailing app Uber Technologies Inc [UBER.UL]. Lyft said it has raised a total of $2 billion since August 2013. Uber is reportedly in the midst of a $2.1 billion funding round that would value it as high as $64.6 billion.