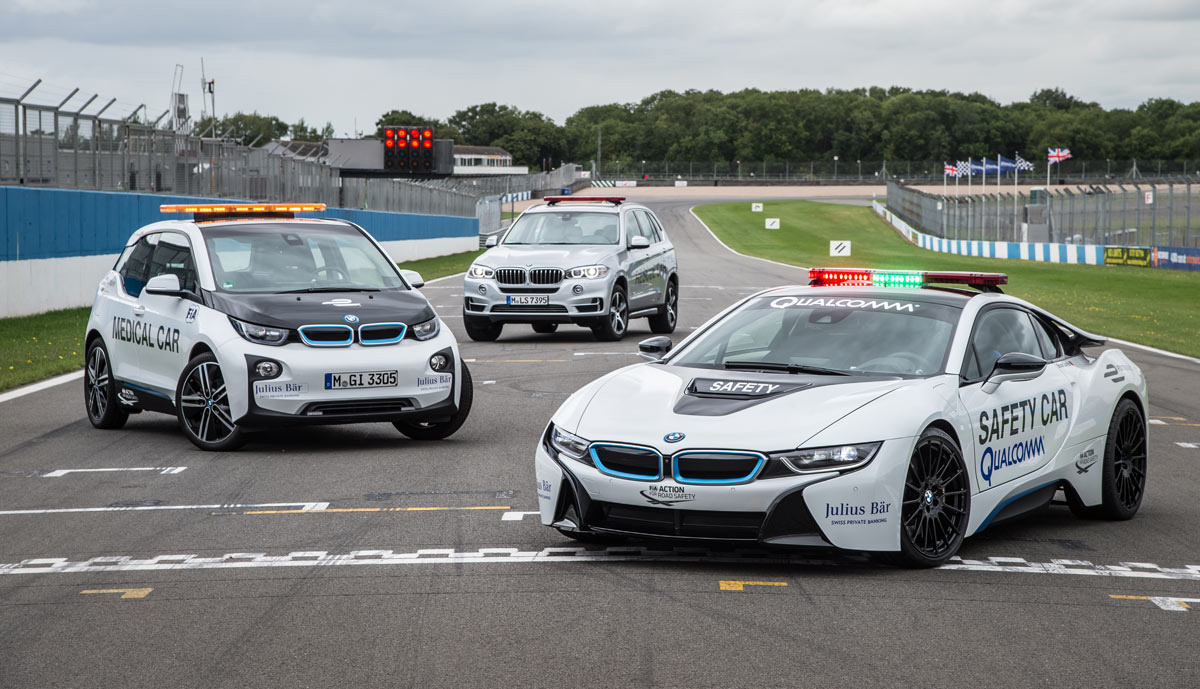 By Drive Electric6 September 2015No Comments

BMW will continue to sponsor Formula E competition this year. The German luxury car manufacturer, who supplied course cars throughout the inaugural Formula E season, will bring a fleet of its highly advanced fully-electric and hybrid vehicles to every race.

Its iconic i8 sports car will be the official safety car for the second year of all electric racing. A BMW i3 will act as the official medical car for the series. Two BMW C evolution electric scooters and a BMW X5 xDrive40e plug-in hybrid will serve as support vehicles

“We are excited to continue our support of Formula E in this second season,” said Steve Pazol, general manager of wireless charging, Qualcomm Incorporated. “Qualcomm is showcasing its innovative new technologies within the championship and using the motorsport platform to accelerate the development of automotive technologies, which is perfectly illustrated by the wireless charging technology fitted to the new BMW i8 Safety Car.”

Wireless charging is a hot topic in the world of plug-in and electric cars. Many industry observers believe is will be one of the keys to getting mainstream shoppers to consider an electric vehicle.