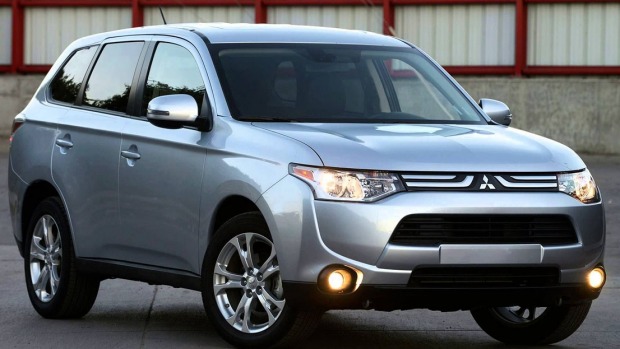 NZ needs to get behind electric vehicles

While fleet turnover takes time, I’m more optimistic about our ability to seize a great opportunity when we see one.

Some innovative New Zealand companies, such as Northpower and Mighty River Power, are leading the way with electric vehicle purchases.

It’s not just corporates who are showing leadership. The Christchurch City Council has three electric vehicles and Hutt City Council has recently swapped the mayor’s 3.2 litre conventional SUV for a Mitsubishi Outlander PHEV.

While the numbers are currently small, if we seize the opportunity in five years we could have 15,000 electric vehicles on the road. By 2040, 40 per cent of our cars could be electric powered.

Currently we import three billion litres of oil for our cars every year – worth $4 billion. We spend more on fuel for our cars than we do on energy for our homes. Petrol costs around $2 per litre, but charging an electric vehicle’s battery costs the equivalent of 26 cents per litre.

Add the fuel cost saving to the current road user charges exemption and an electric vehicle will save a driver an average of $2000 a year compared to a conventional petrol or diesel vehicle.

As well as saving money we can reduce greenhouse gas emissions. As nearly 80 per cent of New Zealand’s electricity is generated from our lakes, windy hills and geothermal areas, electric vehicles are the ideal technology to switch our transport energy from fossil fuels to renewables.

This super low carbon transport option would fit well with New Zealand’s clean, green image, and in fact could be part of the attraction of visiting our country.

It has been done elsewhere: In Oregon in the United States the high rate of electric vehicle ownership is promoted as a feature for tourists, with a highly visible network of charging stations along its scenic highways.

So why aren’t we all racing out and buying electric vehicles?

Price was a factor but with these dropping, and electric vehicles now available second-hand from Japan, it seems there are some other barriers in people’s minds that affect their decision-making.

For example, many assume that we first need fast charging stations in order to keep the vehicles charged. But in reality most New Zealand homes have off-street parking, which makes charging your car overnight as easy as charging your phone.

Of course it will be handy to have fast charging stations in place, and in fact this infrastructure is already underway.

New Zealand’s largest shopping centre, Sylvia Park, launched free charging stations two months ago, hotel chains are looking at installing them and we know of other business sites planning to install them next year.

Limited range (how far the vehicle can travel on a charge) is often cited as a barrier, but considering the fact that New Zealanders have a low average commute, with drivers in urban centres clocking up about 22 kilometres a day, electric vehicles are suitable for most of the driving we do.

For example, a pure electric vehicle such as the Nissan Leaf has a range of up to 160km. The barrier pretty much disappears if you are talking about plug-in hybrid electric vehicles, which have a petrol engine back up.

The Mitsubishi Outlander PHEV (plug-in petrol-electric hybrid) has a range of 50km on battery only, before the petrol engine kicks in and gives an extra 600km.

Anyone who believes EVs lack grunt hasn’t driven one recently – the Tesla sedan goes from 0-100kmh in an eye-watering 3.4 seconds, the Audi e-tron in 7.6 seconds, the Mitsubishi Outlander PHEV SUV does it in 11 seconds, and the Nissan Leaf hatchback in a respectable 11.5 seconds.

The performance of these cars is redefining the market. The BMW i8 sports car, a plug-in hybrid electric vehicle, was just awarded Top Gear UK magazine’s car of the year award and Mitsubishi’s Outlander PHEV electric SUV has picked up two coveted New Zealand motoring awards: Green Car of the Year from the National Business Review, and Best Medium SUV from NZ Company Vehicle magazine.

Another criticism I hear is about battery disposal. But the batteries have high value at the end of their electric vehicle life (which is getting longer in terms of range and longevity all the time) which means they are sold for other uses rather than sent to landfill.

So electric vehicles are becoming competitive in price, they have an extremely low running cost, they perform on the road, and they’re easy to charge; even a pure electric vehicle can cope with a few days of commuting before needing a charge – a plug-in hybrid can do a long road trip.

It’s not often a technology comes along that offers so many benefits.

Forty years is too long to wait.

Mike Underhill is chief executive of the Energy Efficiency and Conservation Authority.