By Drive Electric16 May 2018No Comments

Research commissioned by Drive Electric has generated a deeper analysis of the impact widespread electric vehicle charging would have on the electricity network.

Three pieces of research on the issue have been released since Drive Electric put out its white paper Peak Pressure: What Challenges Do Electric Vehicles Pose to New Zealand’s Electricity Grid? in July last year.

“When we released the paper, it was meant to be a conversation starter,” Drive Electric board member Eric Pellicer says.

“Mostly it highlights people are already thinking about the problem and that perhaps they were waiting for someone to break the ice.”

Forsyth Barr issued an analytics piece on the economics of EVs, while lines companies Powerco, Unison and Orion joined together to produce some more in-depth research, and Vector also released a green paper on the issue.

“EVs are definitely coming. We’re talking about the impact on distribution,” says Pellicer, who is also Powerco network transformation manager.

“It’s clear there is strong alignment in the industry about the potential impacts of EVs on distribution networks and why many are raising awareness and gearing up to enable the shift to low or no emission transport.”

Pellicer says the industry is developing both market and technological solutions to create an effective charging experience for consumers now and in the future.

“Our energy system is capable of supporting a large proportion of electric vehicles. “However, it’s ‘when they will charge’, not just ‘how much energy they need’ that poses both the challenge and the opportunity for the industry.

“We need to encourage the market to start to focus on this and we think the ‘Peak Pressure’ paper achieved that.

“Efficient charging could be achieved through a combination of pricing signals and smart EV chargers, which enable customers to easily access these prices without adversely impacting their lifestyle.” 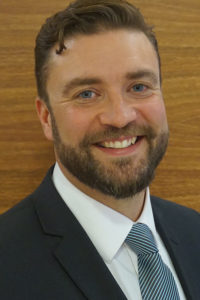 Pellicer hopes Drive Electric’s next white paper Building a Fleet: “A ‘How To’ Guide for Businesses Considering Transitioning to Electric Vehicles” released on May 29 will help generate similar discussions.

The organisation is already expecting its autonomous vehicles paper The Road to a Driverless Future, released last year, to generate some deeper conversations.

“We asked, ‘Is urban architecture accessible for AV transport?’

“Hopefully the paper will inspire some government reports that ask, ‘should we be thinking differently?’”