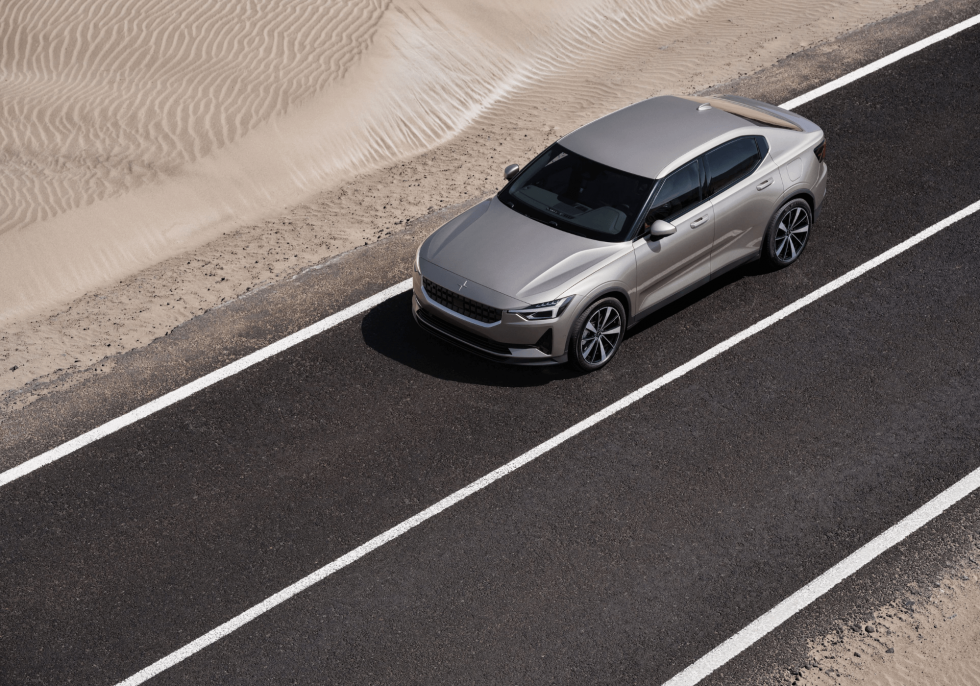 Drive Electric is a not-for-profit advocacy organisation supporting the uptake and mainstreaming of e-mobility in New Zealand, a key part of decarbonising transport.

Our submission is framed around our membership mandate to promote the uptake of e-mobility in New Zealand. We have assessed this proposed Bill through the following principles.

Achievable The Bill must be ambitious, but achievable and avoid perverse or unintended consequences.

Transport makes up 21 per cent of New Zealand’s total emissions. Our transport emissions have nearly doubled over the last 30 years and our entire transport system is almost exclusively dependent on imported fossil fuels.

There are 3.5 million passenger vehicles in New Zealand. We have one of the highest car ownership rates in the world and one of the oldest light vehicle fleets, with an average age of close to 15 years compared to Australia’s average of 10 years; the EU’s average of 11 years; and the UK’s 8 years.

The New Zealand light vehicle fleet, including light commercial vans and trucks, makes up 80 per cent of our transport emissions.1

The number one opportunity in substantially and rapidly cutting New Zealand’s emissions lies in electrifying the light vehicle fleet. Moving to zero emissions vehicles, as the cliche goes, is the low hanging fruit in New Zealand’s fight against climate change.

That said, we acknowledge that accelerating the transition to EVs is only one part, albeit an important one, when it comes to decarbonising transport by 2050. There needs to be a massive uptake in active and public transport, as well as the provision of Mobility-as-a-Service (MaaS), changes to urban development, and the way we work. Less travel and mode shift are essential. Affordable, convenient, safe and sustainable transport choices should be available for all New Zealanders.

This objective of this Bill must be seen as part of the wider plan to decarbonise transport in New Zealand. That plan is currently under development in the form of the Emissions Reduction Plan.

There are other levers that need to be pulled to accelerate the uptake of e-mobility in New Zealand. These include, but are not limited to:

Drive Electric’s OEM members tell us that this legislation, which enables a consumer incentive on low emissions vehicles, by applying penalties on high emissions vehicles, enables New Zealand importers of new vehicles to engage their international headquarters and order cleaner vehicles, including more electric vehicles. Presently, there is a limit to global EV supply and preferential supply is going to markets with strict emissions standards and consumer incentives.

International evidence demonstrates that emissions standards, particularly when coupled with a consumer incentive, drive down average emissions in the fleet and stimulate the uptake of electric vehicles.2

The European Commission put in place emissions standards starting in 2012. In every year up to and including 2019, the average emissions of new passenger cars entering the European fleet have been materially below the standard (of 130 gCO2/km).3

New Zealand is the only OECD country without emissions standards, besides Russia. If we do not have standards in place, then New Zealand is at risk of becoming a dumping ground for the world’s dirtiest right-hand drive vehicles. This would make achieving emissions reductions from transport extremely difficult.

4.4 The Clean Vehicle Discount is already having an impact

The impact of the Clean Vehicle Discount can be seen in light vehicle sales. Since its inception on 1 July 2021, MOT figures show that the monthly electric and hybrid light vehicle registrations have increased rapidly 4. In September, these vehicles constituted 12.5 per cent of sales. More Teslas were sold than Toyota Hiluxes.

There has also been a decrease in the average emissions of imported light vehicles, from 173g/km in June to 147g/km in September. This decrease is equal to the improvement in emissions intensity in the past eight years.

4.5 E-mobility has many co-benefits

Transpower analysis shows that the economics of electrification of transport are on the “cusp of being overwhelming”. They estimate that this could result in $1.6 billion of annual economic benefits and 6.1 MtCo2-equivalent of annual emissions reductions by 2035.5

In New Zealand air pollution contributes to the premature deaths of 27 deaths per 100,000 people. Electric vehicles have zero tailpipe emissions.6

New Zealand is a technology taker when it comes to e-mobility. However, we are not on this transition alone.

Globally, 500 EV models are now on the market, ranging from compact cars and two-seaters through to large sedans, SUVs, and sportscars. The first EV utes are now coming to market.

Mainstream brands like Honda, GM, Volvo, VW Group, Ford (Europe) have committed to going all EV, and recently Toyota announced a strong move in this direction also. It is expected that EVs will account for more than half of all US passenger car sales by 2030.7

Policies such as those in the Bill enable New Zealand to attract this supply, be it new and/or used.

New Zealand should use Europe, not Australia, as the source of homologation vehicle standards in this Bill. We support tying our homologation standards to Europe because it has the most robust and stringent emissions standards. By using these standards, we can better access vehicles manufactured in and for the United Kingdom, a far larger right-hand-drive EV market.

The vast majority of new vehicles, a little over 80% by volume, imported into New Zealand are currently built to Australian Design Rules (ADR) standards. However, Australia no longer manufactures vehicles, so it’s no longer clear why there’s a need for these standards.

Further, in 2020, the Australian car industry signed up to a new voluntary agreement to reduce vehicle CO2 emissions between 2021 and 2030. These targets are weaker than European standards, and split light vehicles from heavier vehicles like utes and 4WD, instead of an entire fleet average.

It does not make sense to align our standards to a market that has weak voluntary standards and does not produce automobiles. This will make it more difficult for New Zealand importers to source the cleanest vehicles.

Instead, it makes more sense for New Zealand to align our homologation standards to Europe, where vehicles are manufactured for a large right hand drive market, the United Kingdom. The United Kingdom applies the EU emissions standards.

The emissions target of 105g we are setting for 2025 was already achieved by Europe in 2020. This means the 2025 standards being proposed in the Bill are highly achievable.

Further, the United Kingdom is a large right-hand drive market, from which we can potentially source both new and used vehicles. Industry figures show over 650,000 new plug-in cars registered in the UK since 2010, and over 1 in 7 cars sold so far in 2021 had a plug. 9

Below is a comparison of the number of Hybrid EV, Battery EV and PlugIn Hybrid EV model variants available in both New Zealand and the UK, as at 31 August 2021:

This demonstrates that there are already more electric vehicle models available in the United Kingdom than in New Zealand, which we can theoretically access.

Plug-in sales in September 2021 were 21.7 per cent of the UK market. Aligning ourselves to Europe best positions New Zealand to attract supply.

We encourage New Zealand to be ambitious when setting future emissions standards from 2025. We are a technology-taker and want to position ourselves as a fast-follower to European standards.

We have members, including some OEMs, that support the trajectory contained in the Bill. Afterall the emissions standards are fleet averages, not dictates for individual vehicles, and can be banked and transferred. We have other members, including other OEMs, that support the purpose and intent of the Bill but believe the downward trajectory after 2025 is too steep, because the standards get ahead of Europe. 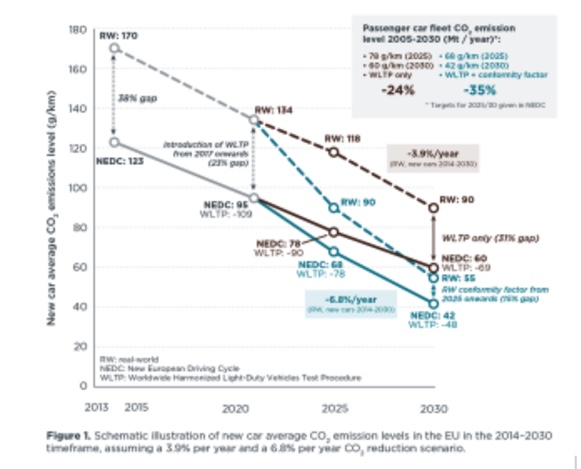 Given the above, a number of members suggested that the emissions restrictions could be tied to the European Union standards from 2030, and follow these by a maximum of two years. In other words New Zealand would aim to reach 59 (WLTP), by 2032 at the latest.

Drive Electric has considered the pace of change in the Bill from our foundational stance, which is accelerating the uptake of e-mobility. Drive Electric’s view is that the trajectory should be as ambitious as possible, without triggering unintended consequences 11. We want to position ourselves as a fast follower, as we are a technology taker.

That said, if new and used models of zero emissions vehicles cannot be sourced to meet the future targets, because of international supply constraints, this could mean that New Zealanders hold onto their older fossil fuel vehicles for longer periods of time and trade them domestically. This could be counter-productive to decarbonisation.

For this reason, we are supportive of the provisions of the Bill that allow importers flexibility to meet the standards, including:

We are also supportive of the criteria set out in Section 167(A)6 that the Minister must consider before setting regulations post 2027.

Finally, we recommend retaining the current ambition in the Bill, but adding a potential review of the emissions standards beyond 2025, in 2024. The purpose of this review would be to ensure the standards beyond 2025 remain aligned to Europe and there will be electric vehicle availability for New Zealand consumers.

We recognise that this legislation puts a sinking cap on emissions, which will in effect result in the phase-out of new ICEs, and then eventually hybrids, over time. We support this direction, particularly if it is aligned to other markets like the United Kingdom.

The UK will end the sale of new petrol and diesel cars and vans by 2030. To provide certainty the UK intends to introduce a zero-emission vehicle mandate setting targets requiring a percentage of manufacturers’ new car and van sales to be zero-emission each year from 2024 (12). They are consulting on this proposal now.

We would recommend signalling a phase-out date for between 2030 and 2032 in the Emissions Reduction Plan, and confirming that in law around 2024/2025. This would give the standards and incentives in the Bill time to start to shift the fleet; allow for further advances in technology; monitor international developments; and inform/educate New Zealanders about the direction of the market so they can make informed decisions about purchasing new vehicles.

When it comes to implementing this Bill, consumer communications and education programmes will need to be put in place. This will be important to educate the public about how the new schemes work, but also support people to understand the advantages of choosing zero emissions alternatives. The future of light vehicles is zero emissions, and it is fair to signal that this change is coming.

We encourage the Committee to consider whether this Bill could also be used to improve the safety of New Zealand’s light vehicle fleets, by requiring vehicles to meet certain safety thresholds before qualifying for the Clean Vehicle Discount.

We encourage the Committee to consider whether this Bill, or similar policy, should be extended to include e-bikes and e-scooters.

E-bike imports are already close to 50,000 per year, according to importers. Given the right conditions (e.g. Copenhagen) it’s possible for cycling/active transport modes to make up half or more of commuter trips in urban environments.

E-bikes can play a significant role in reducing VKTs, especially as a replacement for a second or third car in a household. There are two key barriers to e-bike uptake: infrastructure and cost.

Appendix  DE Board of Directors comprise:

(1) https://www.transpower.co.nz/sites/default/files/publications/resources/Transpower_Electrificat ion%20Roadmap_SCREEN3_LR.pdf
(2) https://www.concept.co.nz/uploads/1/2/8/3/128396759/ev_study_rept_1_v1.0__1_.pdf
(3) ibid
(4) https://www.transport.govt.nz/statistics-and-insights/fleet-statistics/sheet/monthly-ev-statistics PO Box 3899, Auckland 1140)
(5) https://www.transpower.co.nz/about-us/transmission-tomorrow/electrification-roadmap#Vehicl e%20emissions
(6) https://environment.govt.nz/assets/publications/our-air-2021-preliminary-data-release.pdf
(7) https://www.mckinsey.com/industries/automotive-and-assembly/our-insights/a-turning-point-fo r-us-auto-dealers-the-unstoppable-electric-car
(8) These target levels refer to the NEDC emission test procedure. From 2021 onwards, the emission targets for manufacturers will be based on the new WLTP emission test procedure 9
(9) https://assets.publishing.service.gov.uk/government/uploads/system/uploads/attachment_dat a/file/1026655/net-zero-strategy.pdf
(10) 10 https://theicct.org/news/2020-2030-co2-standards-cars-lcvs-eu-20161121-pr
(11) To be clear, when we talk about unintended consequences we are referring to increasing emissions from the fleet, or increasing the average age of the fleet. We recognize that market players in the fleet may evolve over time in response to these standards, e.g. through new entrants.
(12) ibid 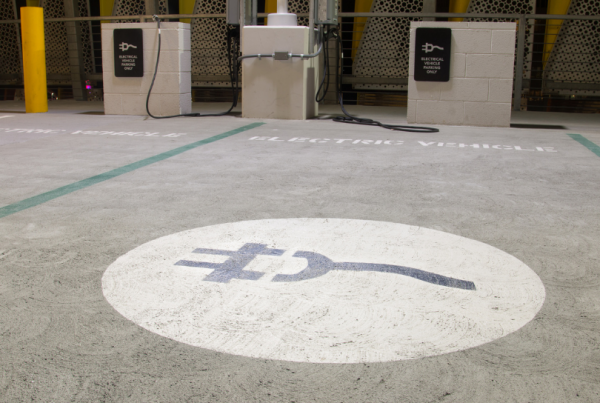 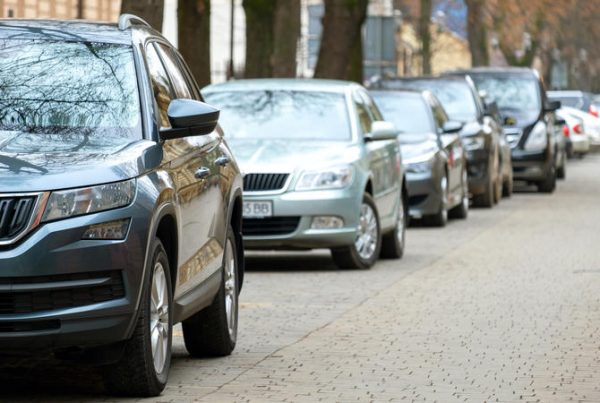 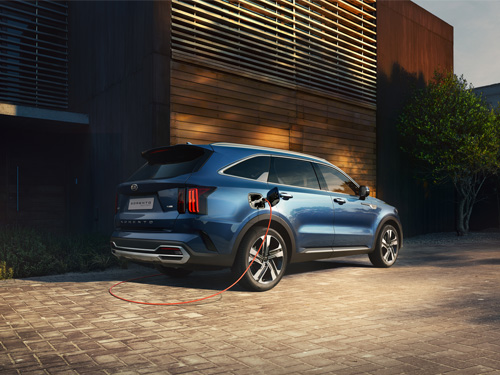