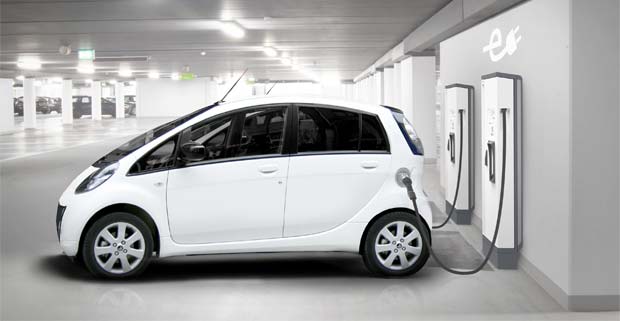 By Drive Electric2 August 2015No Comments

ABB is seeing local interest grow in its electric vehicle fast-charging technology.
The firm recently partnered with Vector and WEL Networks to install fast-charging
stations in Auckland and Hamilton.

There will be two installed next month at Vector’s Hobson Street substation and one at
WEL Networks’ Hamilton North site in October.

The 50 kW Terra53 direct current chargers provide a web-based platform for remote
management and charging statistics. It is currently the world’s fastest-selling charger.
“In addition to Vector and WEL, we are seeing a high-level of interest in our range of fast
chargers, from a variety of customer segments,” ABB New Zealand managing director
Ewan Morris says.

Organisations are starting to introduce electric vehicles into their fleets. Contracting firm
Downer recently bought three Nissan Leaf EVs, two of which will be based in Hamilton
and one in Auckland.

The Auckland Council has also added two Leafs as part of its 800-strong fleet. Mighty
River Power has also partnered with the council’s Auckland Transport arm to install two 7
kW charging stations inside the Downtown Carpark building in the city’s CBD.

Roll-out
ABB has delivered more than 2,000 DC fast-charger units for passenger vehicles
globally, including nationwide networks in the Netherlands, Estonia and Denmark.

Vector earlier this year confirmed that it would work to introduce a mix of fast and
standard charging stations around Auckland.

In mid-April it installed a free-to-use standard charger at its offices in Newmarket – the
first in central Auckland.

The company says the charger has been at almost full capacity since it was installed,
and earlier this month was nearing its 100th charge.

WEL Networks will primarily use its charger for its own electric vehicles, but it will also be
available initially for free public use, ABB says.

Currently the country’s only publicly-available fast-charging station is in Whangarei. The
44 kW DBT rapid charger was installed by Northpower in May 2014.

Auckland software engineer Steve West is looking to set up a network of fast-chargers
throughout the country. He plans to use the 50 kW Veefil charger from Australian firm
Tritium Systems.

Use
ABB says the Terra53 can charge 30 to 80 per cent of a 24 kW battery in 15 minutes.
Typical vehicles that use the charger include the Nissan Leaf, Mitsubishi Outlander and
BMW i3.

There were 336 electric vehicles in Auckland as at June 30, and 36 in the Waikato
region, according to Ministry of Transport data. Outlanders and Leafs were the most
popular models in the two regions.

The chargers being installed on the Vector and WEL networks have the capability to
charge two cars simultaneously.

Information gathered via the web-based platform can be made available to third-party
back-end systems, allowing providers to link to their own billing systems.