By Drive Electric16 November 2015No Comments

A revolutionary electric car capable of parking sideways has gone into production.

However, its inventor is keeping quiet over the move, with an announcement expected in March 2016.

Associate Professor Tom Qi, of Otago Polytechnic, is the brains behind the yet-to-be-named prototype which he first revealed in 2013. 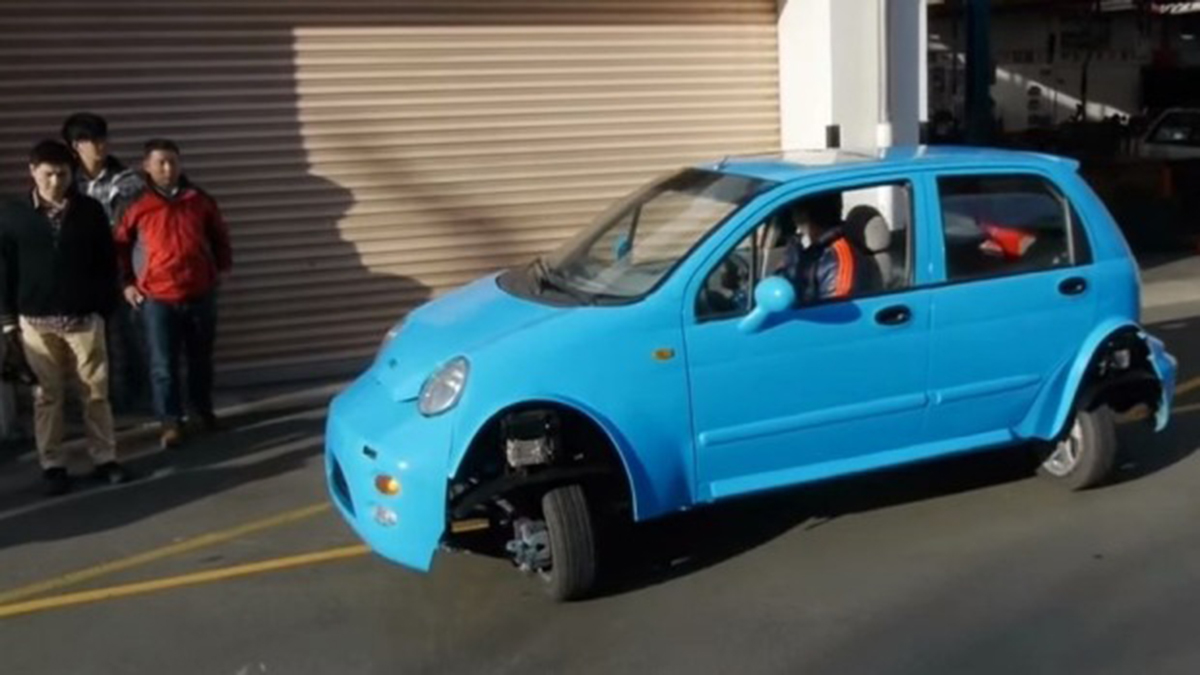 “It means that people can have more space inside the car and need less space on road. Most importantly, the manufacture of such a car will be easier and low cost.”

Qi confirmed permits had been applied in China, but declined to confirm whether the car was now in production.

But in an internal communication newsletter for the polytech, Qi said it was being manufactured in three locations in China so it could not be copied, and would be assembled in New Zealand.

“Each wheel unit has its own power so even if three wheels break down you can still drive it and you can steer it by computer or tablet.

“With this car, you could link three or four cars together and drive to Christchurch with just one driver. If you’re in one of the cars behind you can drink your cup of coffee, read your newspaper or watch your TV programme.”